T.J. wanted to be a Power Ranger ever since he was a very young boy, unaware that his fantasies would actually come true one day. He was first seen on a bus en route to Angel Grove, riding along with Cassie Chan. Suddenly, both he and Cassie witnessed an attack by the villain Divatox, who captured the then-current Red Turbo Ranger, Tommy Oliver. T.J. fought off the Piranhatrons, and freed Tommy from his prison. Because of his bravery and his assistance in saving others (including an unmorphed Power Ranger), he was hand-picked by Tommy to be his successor in forming the new formation of Turbo Power Rangers as the second Red Turbo Ranger. The team consisted of himself, Cassie, Ashley, Carlos, while Justin (who was with the team from the beginning of the season) stayed on as Blue Ranger. T.J. was friendly and warm hearted, as well as intelligent in his decision making. He also was a star baseball player.

Although he was a very capable team leader, he ended up having one of the worst final showings of any Red Ranger. When pitted against Goldgoyle, regarded as "the most destructive monster in the universe", the end of the series saw the destruction of two Megazords, one of which was set to self-destruct per his order in a failed attempt to destroy the foe, and the loss of the Turbo Powers after Divatox had found and destroyed the Power Chamber.

Demoralized but unwilling to accept their fate, TJ tells the other Turbo Rangers that they need to go after Divatox, who has left the Earth at Dark Specter's orders, and stop her before she returns to the now-defenseless Earth. Sneaking aboard a NASADA space shuttle, the Turbo Rangers and Alpha 6, sans Justin who elects to stay behind with his father, take off to find Zordon.

Along with Ashley, Carlos, Cassie and Alpha 6, he meets Andros, the Red Space Ranger from the distant planet KO-35. Although not initially receptive of their presence, Andros would later give the four remaining Turbo Power Rangers all-new powers that matched his own, and T.J. would become the Blue Space Ranger.

He debatably gives functional leadership of the team to Andros, due to himself being unfamiliar with outer space, but still displays strong leadership skills throughout the series, while Andros was unfamliliar with teamwork. The Rangers spent this time searching for the kidnapped Zordon and protecting Earth from Astronema. During the course of the series, T.J suffered at least two serious head injuries. The first incident was when he was attacked by Darkliptor (a being that was a merging of Ecliptor and Darkonda), which left him with temporary amnesia. The second occurred when Psycho Blue nearly killed him, placing him in the intensive care unit aboard the Astro Megaship. He would remain the Blue Space Ranger for the remainder of the series and would participate in the final battle against the United Alliance of Evil.

T.J. later follows Andros alongside the other Space Rangers to Terra Venture to help the Lost Galaxy Power Rangers in dealing with the Psycho Rangers. He and the other Rangers help destroy the five Psycho Rangers for good, but it cost them the life of Kendrix Morgan.

Once again donning the Red Turbo Ranger powers, T.J. was part of the team of Red Rangers that travel to the moon to face the remnants of the Machine Empire who seek to use Serpentera to destroy the Earth. TJ Turbo Lighting Sword.He teamed up with Leo Corbett to destroy Automon. It is assumed that he got his Red Turbo powers back from Lightning Cruiser, similar to how Justin got his powers back from Storm Blaster. It is in this appearance that his full name is finally revealed. 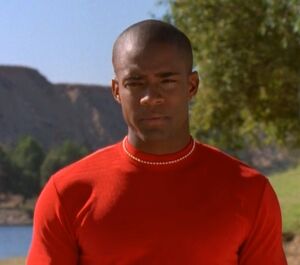 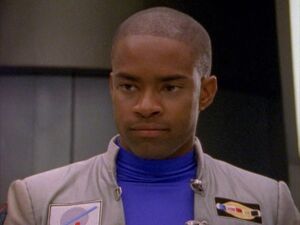 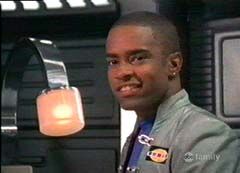 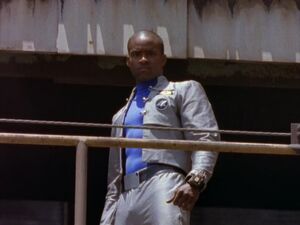 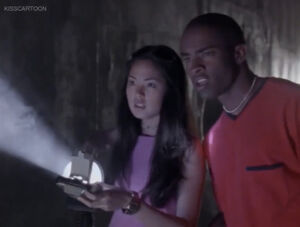 T.J. and Cassie rescuing Tommy Oliver in "Passing the Torch".