Game Masturbator (By Derek the Brave)

Grandpa (One-sided, on his side)

On & Off Hero, Food Hero

Taco-Man is the main character in his own web series that has his named on them, like Taco-Man: The Game Master and Taco-Man Plays a Video Game. At times he doesn't really has good interaction with his creator Sam T. He is also known as the main antagonist in Taco-Man Safety Tips and has done some other misdeeds.

He is a dark yellow Taco, with meat as his hair. He also wears red gloves and red shoes. Including the fact he has comma looking pupils in his eyes.

He is seen at sometimes to be a bit of a jerk, to fair they're been bigger jerks than him in the franchise. Sometimes he would do some drinking as seen in a few episodes. 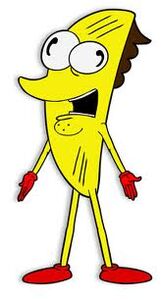 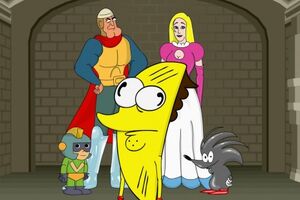 Retrieved from "https://hero.fandom.com/wiki/Taco-Man?oldid=1940541"
Community content is available under CC-BY-SA unless otherwise noted.