He will have to defeat the aliens who on a stormy night, attacked the castle and a statue known as Murasame came to life, the alien used his power to take control of four nearby castles and his four daimyo using four powerful orbs. The leaders then use the orbs to summon ninjas and other evil creatures,

in Wario Ware D.I.Y., Takamaru appears in a microgame in the japanese version of the game

In Samurai Warriors 3, Takamaru appears as an unlockable character who appears in a special mode based of the original game. He becomes playable in Free Mode after collecting 33 tanuki statues.

Takamaru appears as a sticker that give a boost on weapons attacks power by 11 to any fighter.

Takamaru debuts as an assist trophy who can damage opponents by his sword and shurikens, he also appears as a trophy. Takamaru's Mii costume for the Mii Swordfighter was added on the wave six.

Takamaru returns as an assist trophy again and his Mii costume is on the base game. Takamaru is also a primary ace attack spirit who increases the user's power on sword attacks. His spirit battle is on the battlefield form of the Suzaku Castle stage against Mii Swordfighter on Takamaru's costume with increased melee weapons powers and move speed, Takamaru himself appears as a hostile assist trophy if the enemy was in high damange. 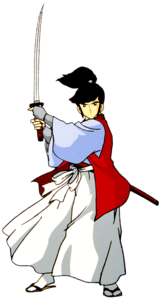 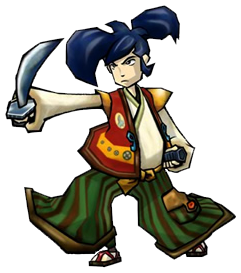 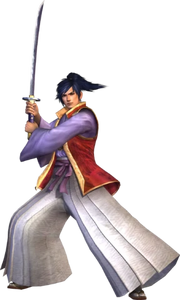 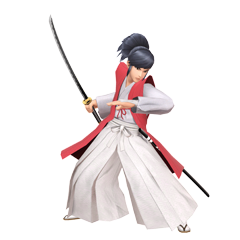 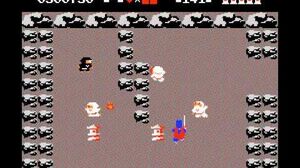