Co-member of the Special Forces

Training with his master Scorpion.

Spending time with his father Kenshi and allies.
Meditating.

Takeda Takahashi is a student of Shirai Ryu leader Hanzo Hasashi and the son of Kenshi Takahashi. He is one of the main protagonists in Mortal Kombat X.

He is voiced by Parry Shen, who currently portrays Brad Cooper on the soap opera General Hospital.

Takeda originates from Thailand and is of Asian descent, having black hair and brown eyes. In his youth as depicted in the comic, Takeda wore typical clothing as a child. At the time of apprenticeship, Takeda has shaggy hair and wears ninja garb with a yellow headband. However, his uniform is different from the Shirai Ryu, as he wears a blue shirt instead, and has bandages wrapped around his forearms.

In the game, Takeda wears an armored body suit, primarily a metallic silver in color with streaks of yellow-orange along the legs and hands. He still keeps his headband to represent his connection to the Shirai Ryu, along with a neck warmer. On his arms, he bears modified gauntlets designed to fire his spear tipped, bladed whips in battle. Takeda's alternate costume depicts him in a Shirai Ryu style uniform, similar to Scorpion's own costume, and bearing the clan's yellow color.

There's conflict in your souls. Let's stir the pot a bit.Takeda to Ermac

A chance to fight the idiot twins.Takeda making fun of Ferra & Torr

You're going down, Kano! About six feet down.Takeda to Kano

I never considered you an enemy.Takeda to Kitana

I saw the stink lines rising off of you!Takeda to Kung Lao

This isn't the way, Liu Kang.Takeda to Liu Kang

Crime against nature.Takeda to Mileena

You don't scare me Quan Chi.Takeda to Quan Chi

Takeda after Reptile calls him a weaklingTry me.

Father of all evil!Takeda to Shinnok

What's your game Tanya?Takeda to Tanya

Takeda after Tremor says he will kill himOh, your funny!

Sorry, I have a girlfriend.Takeda talking Jacqui after Ferra calls him pretty boy

Thought you were quicker than that!Takeda between rounds

I'm better at this than you.Takeda mid fight with Ermac

Let's go, Raiden! He had skill so do I.Takeda wanting to prove to Raiden that he is as great as his father

Takeda after Johnny Cage is wondering why he wants to fight himCall it a career move.

Maybe I should teach you.Takeda mid fight with Johnny Cage

If you're got one, say it now.Takeda talking about Erron Black having a prayer

I just washed these pants so.Takeda after Kitana tells him to get on his knees

Out with the old.Takeda to Johnny Cage

Takeda thinking that Johnny Cage has not left to teach himWe'll see.

Takeda believing his skills past his father's skillsI know so, dad.

Takeda asking how does Cassie know it will be a fair fightHow do you?

Time for school, Cassie. More like the whipping stick.Takeda Takahashi to Cassie Cage

More than you know, dad.Takeda to his father Kenshi

Takeda talking about trying to put fear in Kotal KahnThat's about to change.

A challenge would be nice.Takeda mid fight when he is beating his opponent

This is going to get ugly.Takeda to Kano

I'd rather go a couple rounds.Takeda saying he would rather fight Kotal Kahn

Guess you know what comes next.Takeda saying him beating Kung Lao comes next

Takeda she is ready to fight Liu KangReady and waiting.

Takeda wanting to show Bo' Rai Cho that he believes he doesn't need anymore trainingSee for yourself.

Takeda telling Kung Lao that Scorpion's training made him a great fighter after Lao wonders how good Takeda isMore than well.

Ohh, you're nervous! I can tell.Takeda saying he can read Quan Chi's and knows that he is scared

Ugh! You been rolling in the trash? I'm serious, you smell awful.Takeda not joking about Reptiles smell

This will only take a second.Takeda after Sonya wonders why he is bothering her

Enough to bet a Lin Kuei!Takeda to Sub-Zero

Takeda after Tremor says he will dieAre you serious. 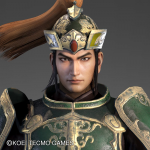