Tamaki Amajiki, also known by his hero name Suneater, is a student in Class 3-A at U.A. High School and is part of The Big 3.

He is voiced by Yūto Uemura in the Japanese version of the anime, and by Aaron Dismuke in the English version.

Tamaki comes off as very shy, aloof, depressed, "intimidating", and introverted, especially around audiences. He very easily gets scared or nervous when talking to other people.

If his shyness and anxiety gets the best of him, he will often face away and lean into a wall to hide his face from others. This also happens whenever Tamaki has a bad feeling, feels sorry for himself or feeling insulted.

Despite his timid heart, Tamaki is fully capable of showing flashes of bravery. Even though he's always been a shy and reserved boy, Tamaki was able to hone his skills and climb the ranks into one of U.A.'s Big 3. Mirio Togata is a big inspiration for Tamaki, and their cooperation throughout their lives has lead Tamaki to establish his own set of stern beliefs which he will uphold and vocalize.

Tamaki does not believe anyone should undermine another person's hard work. He noticed Class 1-A could not recognize how much work Mirio put into honing his own power, and even showed his face to comment on it. Mirio often gives Tamaki the inspiration to act even when he's feeling anxious. Inspired by Mirio's bravery during the yakuza raid, Suneater shows a bright flash of bravery, stepping up to the challenge of facing three villains alone so that the others can complete the mission.

Tamaki is a tall young man with quite pale skin. Their ears are pointed similar to those of an elf. He has messy indigo hair sticking out behind his head and thin tired eyes, partially covered by his bangs despite the fact that they are supposed to be parted so as not to damage his vision. His shoulders are generally hunched and he avoids making eye contact with people.

When wearing his school uniform, Tamaki wears his outfit in a slovenly way. His tie isn't tightened all the way and his shirt isn't completely tucked in as it should be, making it seem as if he doesn't put much effort into his appearance.

Tamaki's hero costume consists of a black bodysuit decorated with gold plating around the arms and shoulders. He dons a white tunic as well as a matching cape and hood that features more gold plating on the top of the hood. The cape connects to a scarf-like collar that features a silver mask on the front. He also sports a purple mask over his face as well as a matching carrier vest with red straps. He wears a mask over his eyes and is barefoot, which gives him more freedom when he’s using his Quirk.

Tamaki is one of U.A. High School's most powerful students alongside Mirio Togata and Nejire Hado, who are all collectively known as The Big 3. Tamaki has been stated to have skills and abilities that far outclass that of most Pro Heroes.

Tamaki has mastered his Quirk, Manifest, through vigorous training. He possesses the ability to manipulate feature selection, size manipulation, and simultaneous manifestations. This gives Tamaki's fighting style incredible variation and unpredictability. Tamaki makes sure to eat plenty of Takoyaki and Clams every day because he believes that they're great for both offense and defense. He often uses tentacle fingers to bind his opponents and defends himself using a clamshell husk.Tamaki has a variety of other powerful combinations as well, including using chicken talon strengthened with octopus muscles, or tentacle fingers reinforced by crab shells. Fat Gum strongly believes Tamaki's abilities are above his own and an entire team of Pro heroes and students that included the rest of the Big Three, Ryukyu , Eraser Head andRock Lock.

Tamaki has proven his strength on multiple occasions. He was able to effortlessly neutralize dangerous villains before having his Quirk temporarily erased. Tamaki's mettle was proven when he faced off against Toya Setsuno, Yu Hojo, and Soramitsu Tabe of the Eight Bullets in a 3-on-1 fight and was confident that he could take on the Yakuza trio by himself.

Tactical Intellect: Tamaki he acted quickly to disarm Toya, Yu, and Soramitsu at once in order to tip the favor to the heroes. After doing so, he stated it was a bad idea for all of the present heroes to fight the trinity at once, correctly deducing that the villains were trying to stall as many heroes as possible in order for Overhaul to make his getaway with Eri. He noted that it’s best that the rest of his comrades, especially Eraser Head, save their Quirks for when they get deeper into the Yakuza fortress, and they need to be at 100% of their power in order to break through the shifting walls caused by Joi Irinaka's Mimicry Quirk.

During his battle with three of the Eight Bullets, Tamaki showcased his aptitude to create strategies in the midst of battle. Tamaki attempted to manifest the neurotoxin from an octopus's saliva within his arm, knowing that Soramitsu won't be able to move if he eats the appendage. Even when overwhelmed by the camaraderie of the trio, Suneater was able to quickly develop an impromptu strategy. He disrupted their teamwork by first obscuring Toya's vision, knowing the object-stealing villain relies on sight in order to use Larceny. He then used Yu Hojo's crystal against him by devouring them and creating a solid defense to stop Yu.

The transformation is maintained by the amount of the respective item within Tamaki's system. If Tamaki's system were to run low, this would render him unable to manifest any characteristics. He must replenish his arsenal by eating certain foods every single day.

Food Pouches: Tamaki's Hero Costume is equipped with a number of pockets where he keeps various foods when he can eat on the spot, giving him access to more manifestations. 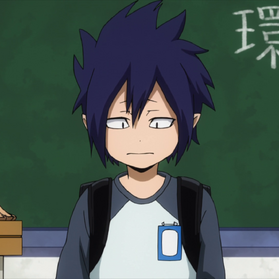 Tamaki as a child. 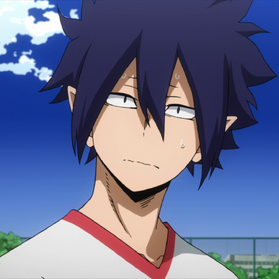 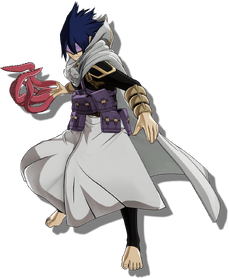 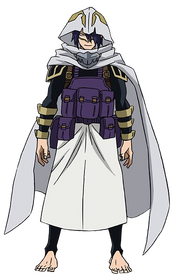 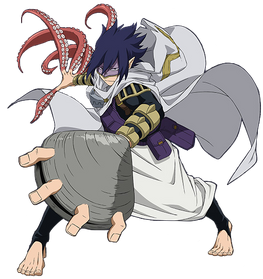 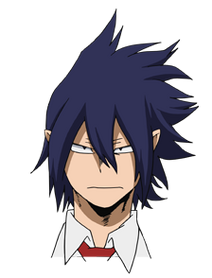 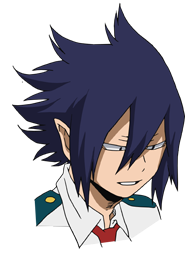 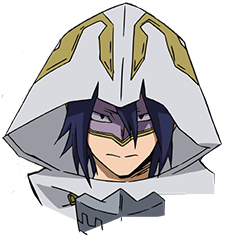 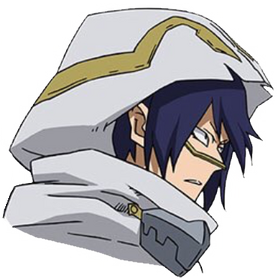