He is voiced by Mamoru Miyano in the Japanese version of the anime, and by Vic Mignogna in the English version.

Tamaki is a teenager who has a tall and slender build. Being half Japanese and half French, he has pale-blond hair, which he inherited from his mother. In the anime, he has violet eyes, while in the manga, they're blue. These traits come together to give him a very princely overall appearance, which makes him very popular with Host Club's female guests, to the extent that he has a 70% request rate among them. He also frequently enjoys cosplaying with the other members of the club and often wears a white rose, which in Japanese culture, signifies innocence (which is very appropriate, considering his general naivete), and in Western culture, is symbolic of happiness in love (which is more ironic, considering his denseness towards his own feelings for Haruhi).

Tamaki is a flamboyant, emotional and narcissistic boy; however, he is extremely dedicated to his duties as a host. He is the "prince" host type, who can charm any girl with sweet talk—yet he is always truthful in his compliments. To him, all girls are pretty, and the happiness of his guest is his greatest enjoyment.

Tamaki acts as the main comic relief in the series, exemplified in his extremely dense and naïve approach to his own feelings, and extreme emotional reactions to Haruhi's comments about his stupidity. 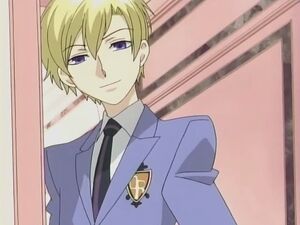 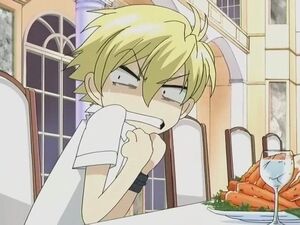 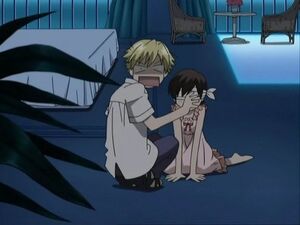 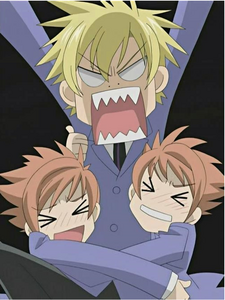 Add a photo to this gallery
Retrieved from "https://hero.fandom.com/wiki/Tamaki_Suoh?oldid=2271687"
Community content is available under CC-BY-SA unless otherwise noted.