To help spirits pass on and help Rinne and Sakura.

Tamako is Rinne Rokudō's eternally youthful grandmother. Though she may look human, she is actually a full-blooded Shinigami, a goddess of death charged with retrieving wandering spirits from the world of the living and helping them find their way to the land of the dead.

She was voiced by Satsuki Yukino, who also voiced Kagome Higurashi from InuYasha series.

Tamako has silver chin-length hair, with a flower hair clip on the left side, and red eyes. Tamako is normally seen wearing a black uchikake with a red obi and an orange juban. She has a young appearance and hates whenever someone mentions her age.

Her eyes are always closed, only opening when she is deathly serious, they are red like her son's and grandson's.

Tamako has a solemn, but teasing kind of nature which she shows often with Rinne. She becomes upset when referred to as "grandmother", instead insisting on being called "young lady", and usually rubs the temples of those who call her "Granny", or even "Aunty". The victim usually comes out shown with smoke from their temples and in quite a lot of pain. However, she shows pure dislike toward Rinne's father, who is a Damashigami and has gone as far as to slap him. She also has a more loving side, as she often attempts to aid Rinne with his Shinigami duties, entering Sakura Mamiya's schoolmates' dreams and forcing them to give offerings with a death threat. Apparently, she also sometimes seems a bit absent minded, as she bought young Sakura candy of the Underworld without thinking, causing her to see spirits.

Fifty years before, she came to claim the soul of a young man in agony, with whom she quickly fell in love. She made a deal with the death priest who married them, promising to do ten times the usual shinigami chores in exchange for extending his life fifty years. Should she fail, her descendants would take on her burden.

Ten years ago, she saved Sakura Mamiya from a Damashigami who brought her to the otherworld, but accepted to buy her a candy before sending her back to the living world, which caused her to become able to see ghosts. After her husband's time came to go to the Wheel of Reincarnation, she lost her right to live in the living world, and her grandson refused to live with her. 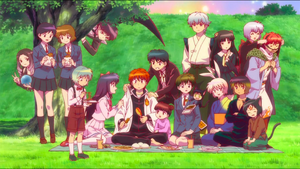 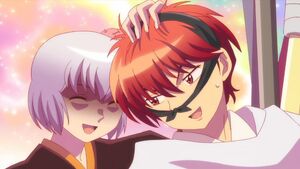 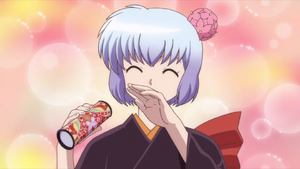 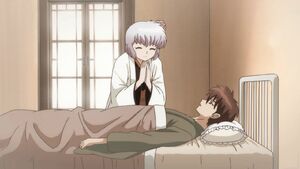 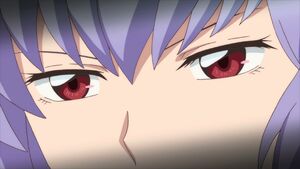 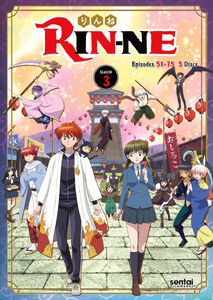 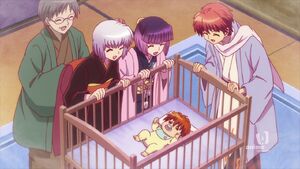 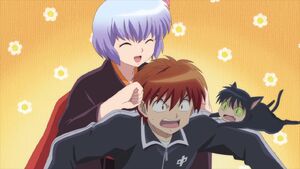