Take over Earth with the rest of the Keroro Platoon(failed)

Control his temper
Gain Keroro's affection and be noticed by him.
Get rid of Angol Mois (failed)
Other goals that vary on the episode

Angol Mois (One-sided; on his side. At times)

In Love, Comic Relief
Tamama is a character in Sgt. Frog/Keroro Gunso. He appears in both the manga and anime series. He is ranked Private Second Class in the Keron Army's Keroro Platoon. He is the newest member in the planetary invasion troop, and also the youngest, still having his tadpole tail and mostly white face. He has the highest voice out of all of the members of the Keroro Platoon, symbolizing that he is the youngest. Tamama loves snacks and sweets, and living with the ultra-rich Momoka means he can have as many as he wants. He has flatulence problems since he drinks a lot of fizzy beverages.

He is voiced by Brina Palencia in the English Funimation dub of the anime who also voiced Ciel Phantomhive, Ennis, Isuzu Sohma and Eve.

Tamama has a primarily dark blue body in the anime (but in the manga series he has a mostly black body) with yellow headgear and big, expressive, adorable, round, black eyes. He also has a mainly white face and belly. He wears a green and yellow mark on his head and belly, which matches the Shoshinsha mark that new drivers in Japan must display on their cars for one year after obtaining their licenses. His hair is a reddish-brown. He first appears on the third chapter of the manga and in the 2nd episode of the anime. He still has his tadpole tail and white face since he is a younger Keronian.

Tamama idolizes and has strong feelings towards Keroro, though the latter seems unaware of them. He hates Mois because of his own feelings for Keroro, and trains hard until the day when he defeats her and gains Keroro's affection. However, sometimes he is ashamed of his own evilness when faced with the pure heart of Mois. He relies on pure energy as well as anger and jealousy in battle, shooting his powerful attack, Tamama Impact, a yellow energy beam, from his mouth, and he's often seen training, usually beating up a piece of wood with a sloppy drawing of Mois.

Tamama often has extreme mood swings that border on a split personality, just like his human partner Momoka Nishizawa. While usually gentle, friendly and cheerful, Tamama can become a vengeful, envious, aggressive, loud, wild, uncontrollable and raving maniac at the drop of a hat. The tiniest thing can trigger this side of his personality, for example, if a little fly lands on his face. Tamama is also prone to fits of jealousy, usually towards anyone who gets near Keroro, especially Angol Mois, who Keroro is very affectionate to. He frequently refers to her as "that woman", "this woman" and "that damn woman".

He is shown to become out of control when in charge of the Keroro Platoon, showing that he wouldn't make a good sergeant. When Keroro was temporarily suspended from leadership, Tamama then became the Keroro Platoon Sergeant on one occasion, giving himself the title Comrade Fuhrer. The ideas he presented to the team were useless and he would activate trapdoors if the rest of the platoon questioned him. 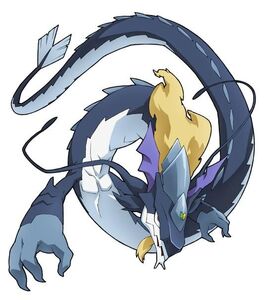 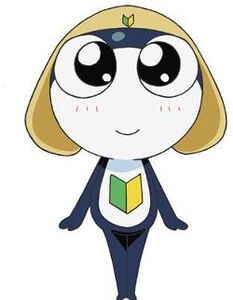 Retrieved from "https://hero.fandom.com/wiki/Tamama?oldid=1976753"
Community content is available under CC-BY-SA unless otherwise noted.