Kenai, Denahi, Sitka, other members of her tribe, The Great Spirits

Tanana is a supporting character in the 2003 Disney film Brother Bear.

She is the shaman woman and leader of the tribe that Kenai lived in when he was human with his brothers Sitka and Denahi (who later succeeded Tanana). She also gives totems to tribe members who come of age.

She was voiced by the late Joan Copeland.

Tanana is first seen approaching The Great Spirits, who give her a totem to give to one of the members of her tribe: Kenai, who is to have a manhood ceremony.

Tanana returns to her tribe with the totem in time for Kenai's manhood ceremony. At the ceremony, Tanana gives Kenai the totem: The Bear Of Love. However, Kenai is not pleased with the totem (as he hates bears) and asks if anyone wants to trade, only for Tanana to tell him that there is no trading. She tells Kenai to let love guide his actions and one day he will become a man and will place his handprint on a wall covered in the handprints of their ancestors.

After the ceremony, Kenai is still disappointed with his totem, to which his brother Sitka tells him that he felt the same way about the totem Tanana gave him: The Eagle Of Guidance before maturing and learning that it was about being a leader and keeping an eye on Kenai and his other brother Denahi.

Later that night after Sitka dies protecting Kenai and Denahi from a bear, Tanana is seen leading proceedings at his funeral where she places his cloak and his totem on a funeral pyre before it is lit. She comforts Denahi before leaving him and Kenai to talk. She then stares sadly at Kenai, who wishes to kill the bear to avenge Sitka's death. She then watches Kenai remove his totem and throw it into the ashes of the pyre before going to find the bear. Tanana picks up the totem and gives it to Denahi, who goes after Kenai. After watching Denahi leave, Tanana looks to the sky and tells Sitka that he left too soon as his brothers need his guidance.

Tanana is next seen the following day tending to Kenai (who had been turned into a bear by Sitka and the other Great Spirits as punishment for needlessly killing the bear). When Kenai tries to tell her what happened to him, Tanana only hears growls and tells him does not speak Bear. After Kenai starts panicking after discovering that he is now a bear, Tanana tries to calm him down but has to resort to throwing her shoe at him. Tanana tells Kenai that Sitka did this to him and advises him to go the mountain to find Sitka and be turned back to a human, but only when he atones for his actions; she then vanishes without an explanation.

Tanana is last seen at the end of the film where she watches Denahi preside over a ceremony for Kenai (who decided to remain a bear in order to care for Koda, the son of the bear he had killed) where he, with Denahi's help, places his pawprint on the wall of the ancestor's handprints after being declared man after he let love guide his actions. 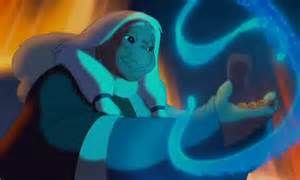 Tanana being given Kenai's totem by The Great Spirits

Tanana with Kenai after giving him his totem 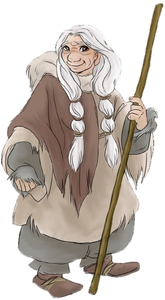 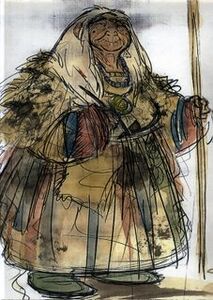 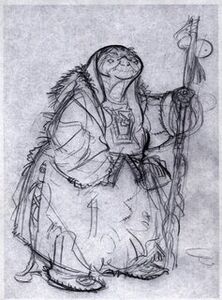 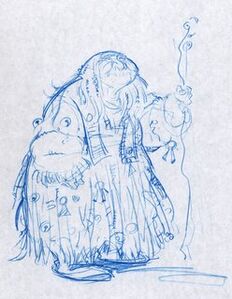