Help Issei and protect his friends.

Demonic Dragon
Tannin Known as the Blaze Meteor Dragon and the Devil Dragon Saint, he is the Purple Dragon and a former Dragon King that reincarnated and became an Ultimate-Class Devil. He trained Issei in the mountains in order to for him to attain his Balance Breaker. Tannin has a close relationship with Issei ever since he trained him, allowing him to call him "Old Man Tannin). He became a Devil to gain access to the Underworld in order to train young Dragons and preventing their race from going extinct, as the majority of them are either dead, missing, or sealed in Sacred Gears. It is later revealed in Volume 14 that he is Mephisto Pheles' Queen, making him the first male Queen piece.

He was voiced by Taro Yamaguchi in the Japanese version, and by Matt Thurston in the English dubbed version.

In his mini-Dragon form, he is similar in size to Asia Argento's Dragon familiar, Rassei.

Tannin has a warrior-like personality and dislikes those who are lazy. Unlike other Dragons who are generally selfish, Tannin cares for his fellow Dragons; willing to become a Devil in order for his race to continue.

Tannin made his first appearance in Volume 5, where he trains Issei in one of the mountains in the Gremory Territory to help him attain his Balance Breaker. Afterwards, he and a group of Dragons who serve him take Rias's Peerage, Sona Sitri, and Genshirou Saji to the party for the Young Devils. Tannin later assists Issei during his fight against Kuroka and Bikou at the party for the Young Devils Gathering, which ended promptly after Arthur Pendragon came to retrieve both of them; surprising Tannin at the fact that the strongest Holy Sword, Caliburn, and its wielder are now under Vali Lucifer.

In Volume 6, Tannin fends off all the Devils from the Old Satan Faction who interfered in the Rating Game between Rias Gremory and Diodora Astaroth, the latter of which turns out to be working with the Khaos Brigade. He then confronts Ophis alongside Azazel. He and the Occult Research Club then witnessed the appearance of the Great Red who was floating through the Dimensional Gap. When asked by Issei whether they have fought before, Tannin said that he was ignored.
The Heroic Oppai DragonEdit

In Volume 10, Tannin was one of the spectators of the Rating Game between the Gremory and Bael Team.

In Volume 12, Tannin and his followers faced off against one of the Bandersnatch, disposing of the monster easily.
The Legend of Oppai Dragon and his Lively Companions

Tannin visited the Hyoudou Residence in Volume 19 to ask for a favor to Issei and the people who govern the Kuoh Town. He asks them to take care of an egg of a Rainbow Dragon, a particularly rare species, as the air in the Underworld is not suited for the hatching the egg. Rias agreed to taking care of it and waited for the egg to be delivered. The egg was then delivered by Crom Cruach to everyone living in the house's surprise. Tannin told them to not be alarmed as he asked Crom Cruach himself to deliver it and he is currently living with him. 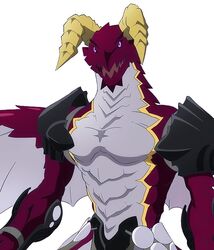 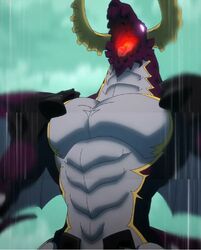 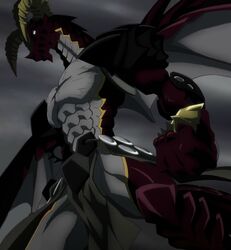