She is voiced by Ming-Na Wen who also voices Fa Mulan.

Tanya is a pinkish red-furred tanuki with turquoise eyes. She has black fur on her ears, circular patches around her eyes, her arms, feet and the tip of her tail, as well as a white muzzle and chest fur. She appears to have two black whiskers on both cheeks. Tanya wears a small, light green cape tied around her neck to resemble a scarf.

Tanya is rebellious and mischievous, opposing Mao Mao's seriousness and sense of duty. She is crafty and agile, being clever enough to outsmart Mao Mao and outmaneuver him using her shape-shifting ability to slip away. Unlike Mao Mao she doesn't care for rules and regularly bends the law to her liking, which eventually broke their partnership.

She seems to have held a grudge for Mao Mao's choice of upholding the rules before their friendship, but they have since reconciled.

Tanya had a brief partnership and friendship with Mao Mao but parted ways because of their differences. By the end of Meet Tanya Keys, they seem to have repaired their friendship. She enjoys provoking Mao Mao, much to his annoyance. It is implied that her and Mao Mao may have had a romantic interest in each other.

Although Tanya was going to hand Badgerclops over to an unknown authority, they currently seem to be on good terms with each other, as they briefly bonded over teasing Mao Mao and Tanya willingly letting him go despite the large bounty.

Tanya has won the admiration of Adorabat quite quickly as Adorabat seems to have an interest in her and finds her cool. Although they are on good terms with each other, Tanya doesn't hesitate to capture Badgerclops at first, which saddens Adorabat for a while especially when Mao Mao briefly gives up chasing Tanya for Badgerclops. 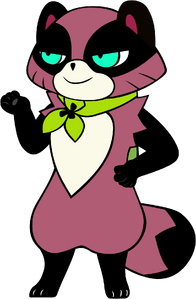 Animation of Tanya made during her development in 2015. 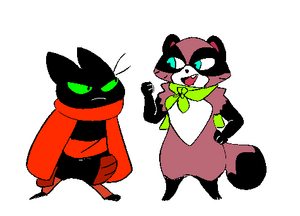 Concept artwork of Tanya's final design made in 2017.