Protect the Kaka Clan and the people she cares about.

Taokaka is a heroine from BlazBlue. She is a respected warrior of the Kaka clan, who is attempting to apprehend Ragna the Bloodedge and use the bounty to secure a new home-land for the Kaka.

She is voiced by Chiwa Saitō in the Japanese version, and by late Philece Sampler in the English version.

Taokaka is a member of a tribe of cat-people living in a small village underneath Kagutsuchi, and is next in line to become the village's protector. To that end, she is training to become a vigilante. Unfortunately, she's incredibly dim and doesn't even realize that the person she's been traveling with (Ragna) is the most wanted criminal in the world. Her species are actually genetically-engineered clones of Jubei, the original Grimalkin. Can be bribed to do anything if food is involved, and is good friends with Litchi Faye-Ling, whom she also considers as a teacher.

Taokaka is the personification of innocence in the BlazBlue world. She is a happy-go-lucky catgirl who only wishes the best for her friends and family. Her only desire is to protect those she holds dear to her heart, or who offer her food (although in her mind anyone who offers her food is a good person).

Unfortunately, she is also the dimwitted character in BlazBlue. Like typical cats, Taokaka's daily routine consists of eating and sleeping, and she can, and often will, forget anything she does or is told to do within three steps or seconds. Of course, it goes without saying that she isn't totally dumb. Taokaka often gives nicknames to those she meets so she can try to easily remember them later. She does actually know who they are, but prefers the nickname routine.

Taokaka is a rather unique take on the catgirl archetype with light brown skin and long blond hair tied up into two braids and a black cat tail with a faded white tip. She seems to spend her entire time wearing a beige-colored hoodie with a cat hood and long cat-themed sleeves that cover her arms. She wears a pair of unusually-designed high-heel boots with the same cat theme but appear to be more fit for a creature with high ankles.

Unlike most characters, Taokaka does not have much in the way of abilities compared to the rest of the cast, although she is still able to utilize seithr according to Kokonoe and Litchi. She relies on her inborn instincts as opposed to a trained fighting style, and she naturally uses seithr, even without a formal education as to how. Her hands and feet also have large retractable metal claws.

Her Drive ability, Dancing Edge, lets her perform more confusing maneuvers to attack. In Chronophantasma, her Overdrive is Almost Becoming Two!, a former super of hers which produces a shadow image of herself that doubles the number of hits her attacks dish out.

In the fourth game, her Exceed Accel is named Kaka Clan's Hospitality! where she summons multiple Kaka Kittens to carry the opponent off-screen... who then proceeds to violate the opponent before a big cat head falls in front of her, which opens and reveals the opponent. Her Astral Finish, Attack Meow Pow! involves her bouncing off of the walls while slashing her opponent, then performing a drill uppercut 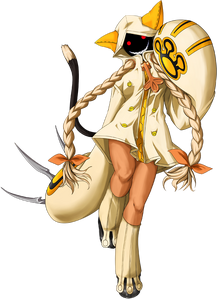 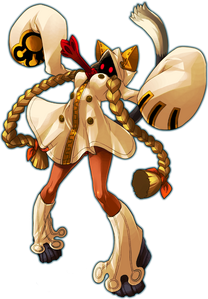 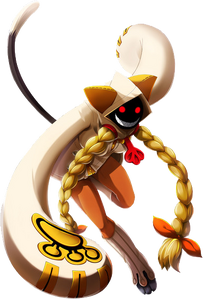 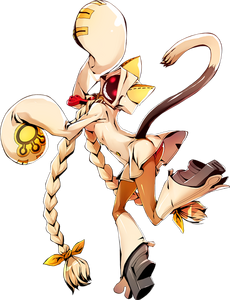 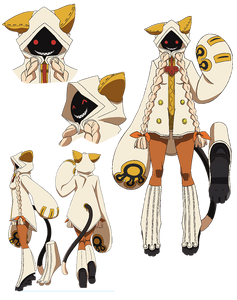 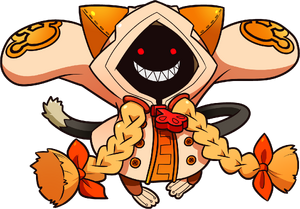 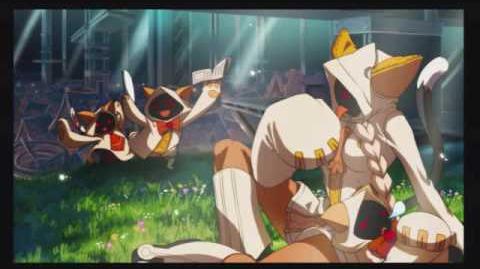 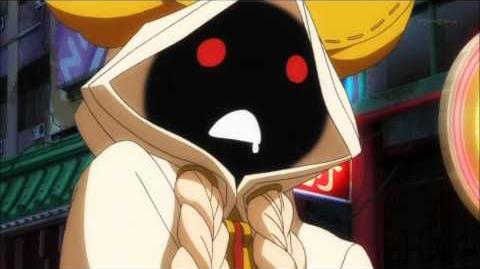 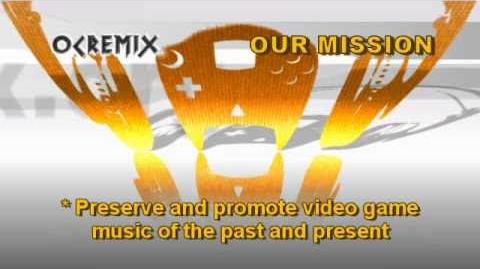