Tasha is a yellow hippopotamus and a major character in The Backyardigans.

Tasha's speaking voice was provided by Naelee Rae in the first two seasons and by Gianna Bruzzese in the final two seasons.

Her singing voice was initially provided by Kristin Klabunde, with Gabriella Malek taking over during the third season and continuing to voice the character for the remainder of the series.

Tasha is assertive and likes to be in charge most of the time. She is rational, skeptical, and highly motivated to get her own way. Tasha is normally very opinionated. She is difficult to frighten, a fact she takes pride in. Tasha tends to play a somewhat antagonistic role throughout the first season, often acting bossy towards the other characters. In later episodes, her personality becomes bolder and less overbearing.

Tasha lives in an yellow-colored house to the left of Pablo's home. It is visited the least out of the five main characters' residences. Whenever the Backyardigans are shown heading to Tasha's house for a snack, they walk behind Pablo's house to get there.

Tasha is a yellow-skinned hippo with a red-pink tongue and two nostrils above her mouth. She wears a pair of red Mary-Janes and an orange dress with eight light-orange flowers printed on it in random spots. 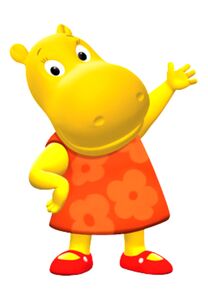 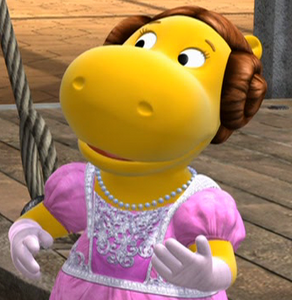 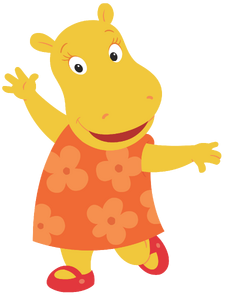 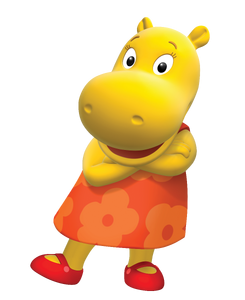 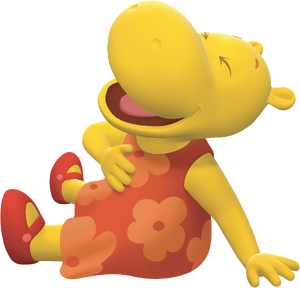 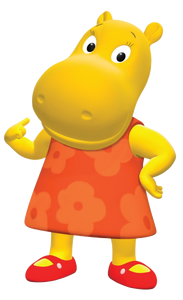 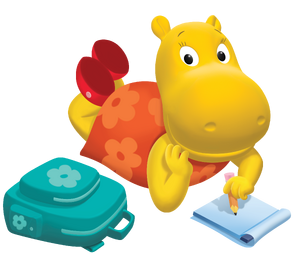 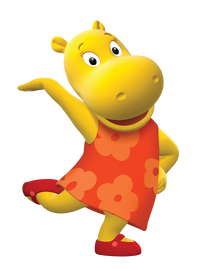 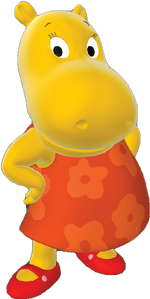 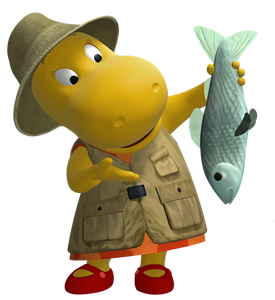 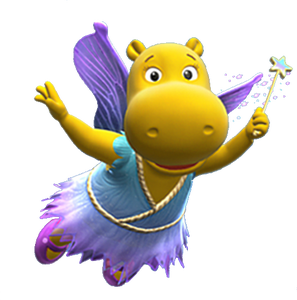 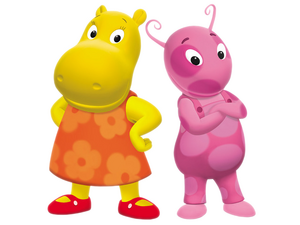 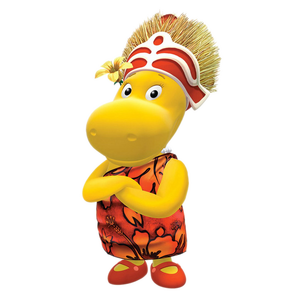 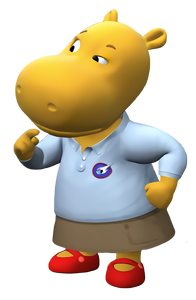 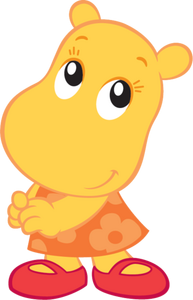 Retrieved from "https://hero.fandom.com/wiki/Tasha_(Backyardigans)?oldid=2269491"
Community content is available under CC-BY-SA unless otherwise noted.