Mysterious Lady, Very skilled at almost everything she does

Tatenashi Sarashiki (real name: Katana Sarashiki) is a heroine in the light novel and anime series Infinite Stratos. She is a second-year student at IS Academy and the Student Council President. She is introduced in volume 4 of the novels and season 2 of the anime, when she is assigned to protect Ichika Orimura. She is also the older sister of Kanzashi Sarashiki.

Tatenashi has short light blue hair, dark red eyes and a voluptuous figure with slender thighs and large breasts (which makes Ichika very nervous when she tickles him or when he is to made to massage her). Her IS Academy uniform consists of the typical white and red blouse that is shorter compared to others, with a yellow tie and a light yellow overcoat around it along with red leggings. She is also known to dress scantily in front of him (e.g wearing only underwear with a simple white shirt or a 'naked apron' although she did wear a swimsuit underneath) just to see his reactions which she finds 'cute'. She usually has a blue fan with her that displays kanji that indicates what she is going to do or what she is talking about. Her IS suit is dark blue.

In the light novel, she is said to have very high standards due to her prestigious family, where everything must be done perfectly. Despite that, she has, as Ichika puts it, "a wild, or rather whimsical, personality with slight cat-like mischief." She enjoys teasing people and tickling others (her unfortunate victims are mostly Ichika and Laura). Despite her tendency to tease, Tatenashi has also shown moments of being flustered, mostly as a result of her feelings for Ichika.

Her teasing includes appearing before Ichika half naked or even asking him to undress her. She often does both when she has him give her a massage, after which she teases him about him enjoying it. Tatenashi also teases Houki about how her breasts are as big as her own. Although in Volume 8, she told Ichika that she doesn't allow such things after she was told about what happened in the computer world. This occurs moments after she asked him to do similar lewd things to her so she would forgive him for accidentally seeing her with her upper body naked. This suggest that outburst was mainly out of jealousy.

She does have a serious side, though she tends to talk playfully even when serious so it can be difficult to determine just how seriously she is taking things. Tatenashi takes failing rather hard, due to the fact she has many titles and positions (Student Council President, Sarashiki family head, and IS Representative of Russia). She is also a little insecure when it comes to her sister, as she wants to help/support her but they do not get along with each other due to their competitive natures - a holdover from their childhood. This is one of the few topic where she show a gloomy side to her normal cheerfulness.

Despite all of the advances she made on Ichika and joking she could fall in love with him (which end up happening), Tatenashi is actually quite innocent when it comes to being in love herself. Having never been in love before, she found herself being unable to control her new found feelings. This resulted in her becoming very nervous and overly-conscious around Ichika, displaying none of her usual confidence or playfulness that she would before. This sudden change made it easy for others to notice her new love for Ichika.

As the head of a secret organization and the current IS Representative of Russia, she is implied to be exceptionally skilled in many areas related to IS and other skills related to fighting. She's been consider a prodigy even by her family standards ever since she was a child. She is known to be talented in judo, as she knocked Ichika out during their first fight (Ichika stopped counting and passed out after being thrown around 9 times). She apparently has developed a knack for unlocking Ichika's room lock (much to his chagrin). Outside of her combat skills, she is very cunning and intelligent in many fields. She usually puts her wits to work by managing the students at IS Academy while keeping Ichika close to her. She likewise said to be very skilled at almost everything she does, including cooking.

Furthermore, the title of the President of Student Council goes to the most proficient student, thus explaining why she is the SC President even though she is a second year student. She has more than once defended her right to the position by easily defeating all of her opponents. However, her overconfident in being the strongest student at the academy can cause her to leave herself open to dangers and counter attack, and as a result, she gets injured when she could have avoided it by being more careful.

Her personal IS is the 3rd Generation Type, Mysterious Lady. The Mysterious Lady's exoskeleton is mostly parts of the leg, with only a few parts above the waist. It uses a large lance, and controls a special type of water that can charge the lance with power, create a fake, block strong attacks, and explode. It also has the ability to turn into mist. 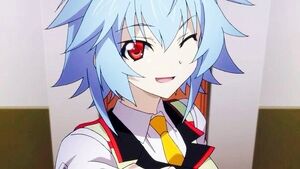 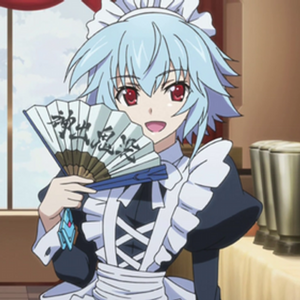 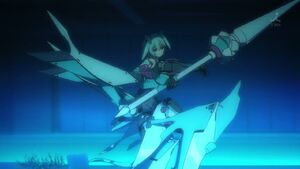 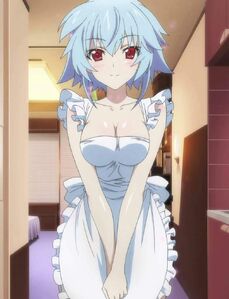 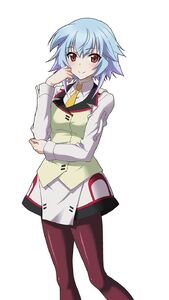 Add a photo to this gallery
Retrieved from "https://hero.fandom.com/wiki/Tatenashi_Sarashiki?oldid=1830502"
Community content is available under CC-BY-SA unless otherwise noted.