Protect Earthrealm from evil threats.
Save the realms from Armageddon by defeating Blaze (succeeded in original timeline).

Taven is one of the demigod sons of Argus and Delia, and the main protagonist of Mortal Kombat Armageddon.

Taven is quite powerful due to being part god, appearing to be one of the most powerful beings in Mortal Kombat, and is commonly associated with the fire element. He can unleash powerful fireballs, delivering a devastating fire charged ground pound, or rush at his opponents and punch them with fire charged fists. Taven is also able manipulate time and space to freeze time temporarily and teleport across large distances. His strength, even as a demigod, was shown to be greater than that of many Earthrealm gods, such as Raiden and Fujin. 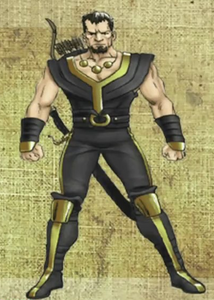 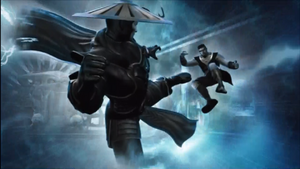 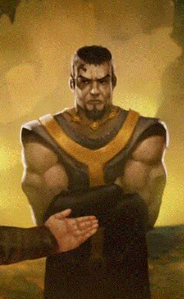