Tawna Bandicoot is Crash Bandicoot's love interest in the Crash Bandicoot series. She was originally meant to be the series' leading female protagonist, but due to past controversy, she was ultimately dropped in favor for Coco Bandicoot. However, she still has made appearances within a few Crash Bandicoot games since then; her most notable ones being in the original Crash Bandicoot, it's remaster in Crash Bandicoot: N. Sane Trilogy, and as DLC for Crash Team Racing: Nitro-Fueled.

She is voiced by Debbie Derryberry in Crash Bandicoot: N. Sane Trilogy and Misty Lee in Crash Team Racing: Nitro-Fueled.

After the titular protagonist Crash Bandicoot escapes Dr. Neo Cortex's castle, the doctor decides to attempt brainwashing Tawna Bandicoot using his Cortex Vortex device. She is held captive for most of the game until Cortex's defeat and she escapes with Crash on the villain's blimp. In an alternate ending, Tawna escapes with Crash on a vulture instead.

Tawna does not make a physical appearance in this game, but the Japanese instruction manual for it stated she left Crash for Pinstripe Potoroo after he "made her an offer she couldn't refuse".

Tawna makes an cameo in the level "Slip Slide Icecapades" on the sign for "Moulin Cortex".

Tawna Bandicoot is one the playable characters assisting the Viscount in his search of the wish-granting Super Big Power Crystal.

Tawna Bandicoot returns in the remaster of the first Crash Bandicoot game. Her personality is more refined than in the original game; being more expressive. She knocks down a Lab Assistant before being outnumbered and detained, plus she attempts to kiss Crash as they fly away together on a vulture.

Tawna is a playable character who can be unlocked alongside the rest of the "Nitro Squad" during the Nitro Tour Grand Prix event using Nitro Points and later in the Pit Stop using Wumpa Coins. She is a Acceleration class driver.

Tawna Bandicoot is a tall, curvaceous marsupial with orange fur, a short puffy blonde tail, and a spot of beige fur around the lower portion of her face. She has curvy blonde hair, dark thin eyebrows with green eyes and wears pink lipstick. In the original Crash Bandicoot game, Tawna's attire considered of a red shirt with short sleeves, short blue pants and dark red shoes with white laces and soles. In Crash Boom Bang, Tawna switched her shirt for a pink tank top instead. In Crash Bandicoot: N. Sane Trilogy, Tawna looks similar to her appearance in the first Crash Bandicoot game but with a few differences. Her shirt is now colored pink with white lines around the edges and a picture of Crash's face on it. Also, her blue pants have become short blue jeans with a belt and she is now seen wearing white socks with her shoes. 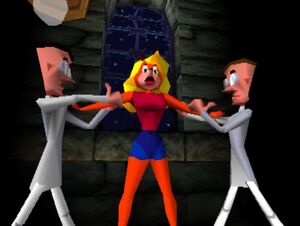 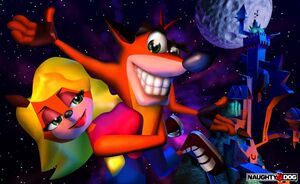 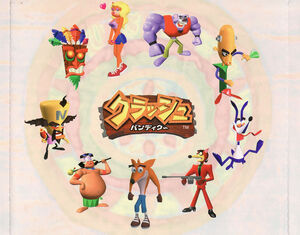 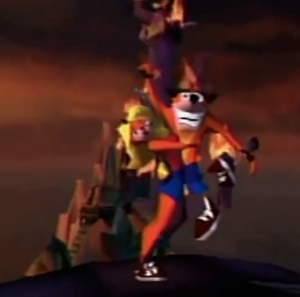 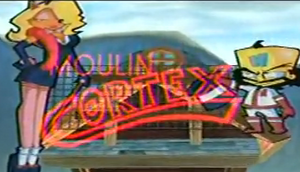 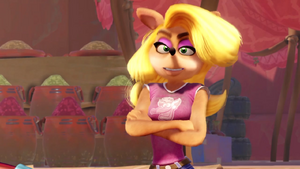 Retrieved from "https://hero.fandom.com/wiki/Tawna_Bandicoot?oldid=1857539"
Community content is available under CC-BY-SA unless otherwise noted.