Team Avatar is a group of people in Avatar: The Last Airbender and Avatar: The Legend of Korra. It was originally composed of Aang, Katara, Sokka, and Appa. Momo, Toph, Zuko, and Suki joined the group later and all became important members. The team's constituency varied little throughout Aang's journey across the Avatar World, until the invasion of the Fire Nation, when a much larger number of people began to join and leave the group.

As of the end of the Hundred Year War, the group was notable for having at least one member from every nation and at least one bending master of each of the bending arts. This made Team Avatar a formidable fighting group, capable of assaulting even the Earth Kingdom Royal Palace or destroying an airship fleet without any outside assistance.

70 years later a new Team Avatar was formed by Avatar Korra and her closest friends when they were battling the Anti-bending Revolution. After they brought the revolution down albeit with General Iroh and Republic City’s homeless residents, they later played vital roles in the Water Tribe Civil War and the Red Lotus Insurrection. After a three year of being disbanded Korra’s Team Avatar reunited to take down the Earth Empire along with their allies. After successfully repelling of the invasion and persuading Kivara to surrender after she almost put the whole spirt wilds our time f control, the group dealt with post invasion conflicts like the bending triad crisis, the refugee crisis, and a they also prevented the return of the Earth Empire.

It’s revealed in the Kyoshi novels that Avatar Kyoshi and her predecessors had “Team Avatars” by they had different names. 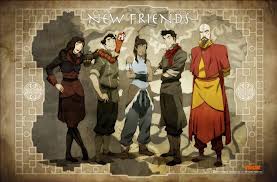 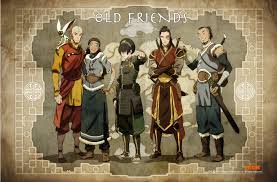 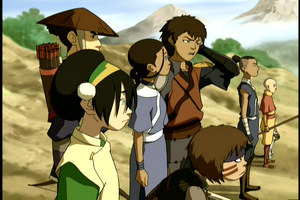