Team Taker is a monster truck racing team in Muscle Moto X Off Road Challenge and the true main protagonist in the sequel Scooby-Doo! and WWE: Curse of the Speed Demon.

The team considers The Undertaker Scooby-Doo and Shaggy Rogers.

They are voiced by The Undertaker, Matthew Lillard and Frank Welker respectively.

The Undertaker is a friendly, gentle, polite, but very intimidating wrestler that has a dark element, he possesses his supernatural powers that he used it from 1990s to the present, he has a half-brother named Kane who works in WWE like him, he has a wife named Michelle McCool and he has an daughter named Kaia Faith born in August 2012, in real life, he and Kane are actual good friends that had a friendly term with the police and the fans for the good of the WWE universe.

Shaggy Rogers, is a comedic detective that investigate the crime with his friends to form, The Scooby-Doo-gang, he is afraid of monsters and he can said "Zoinks!". Shaggy has a dog named Scooby-Doo who has a nephew named Scrappy Cornelius Doo.

Scooby-Doo is a friendly detective who was afraid of ghosts, but his owner Shaggy and their friends claim it's just someone in the costume, Scooby is known to arrest criminals in costumes with the Mystery Inc.. Scooby was originally afraid of The Undertaker, but he quickly overcomes his fear and became friend with The Undertaker. 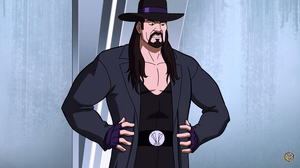 The Undertaker the Phenom 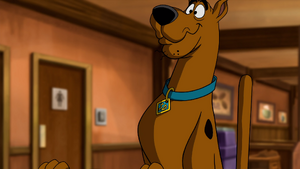 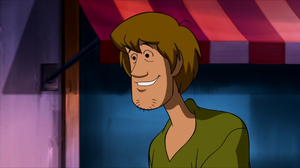