He was voiced by legendary voice actor Sam Riegel.

Teddie's appearance is based off a stuffed animal. He is an anthropomorphic bear, having blue fur and wears a red and white jumpsuit-like clothing. Additionally, the head part of his suit has lenses which allow him to see through the fog in the Midnight Channel. Size-wise, Teddie is the shortest male party member.

After developing an ego, Teddie has blond spikey hair along with bright blue eyes and tanned skin. He is shown wearing a white blouse-like shirt with various adornements like a red rose and a flamboyantly designed collar. At the school festival when crossdressing, Teddie has long blond hair with a blue ribbon, wears a blue dress and white stockings as well as black shoes. His crossdressing alias is very similar to the appearance of Alice, from the 1951 Disney adaption of Alice in Wonderland.

In the True Ending epilogue of Persona 4 Golden, Teddie appears to have grown taller and has a new outfit: a blue and white striped t-shirt with an anchor design, navy shorts, and yellow shoes.

Being a comic relief, Teddie is seen flirting with the girls of the Investigation Team at numerous occasions, but fails all the time at it. Other than that, he is bubbly and cute and is known to cheer up the mood when investigating the case, much like Chie. In the Japanese version, he has a verbal tick, adding -kuma after every sentence while in the English version, his speech is filled with dozens of bear puns, like saying "Bear-sona" while summoning his Persona. He seems to care a lot about Nanako and calls her "Nana-Chan", even when she's in a near-death state after being kidnapped by Taro Namatame. In the beginning of Persona 4: The Animation, he acts much like a coward when shadows are near, but changes his ways as the story progresses. 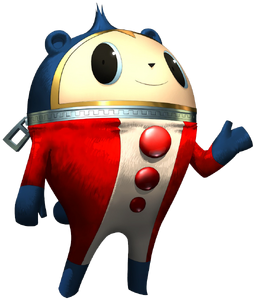 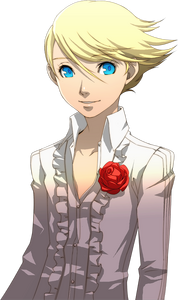 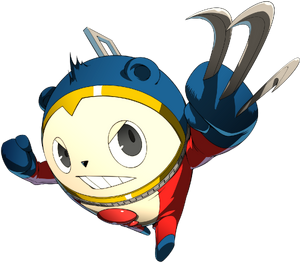 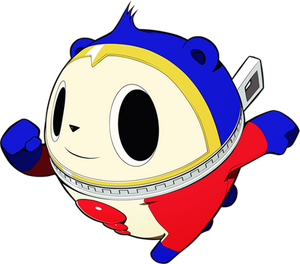 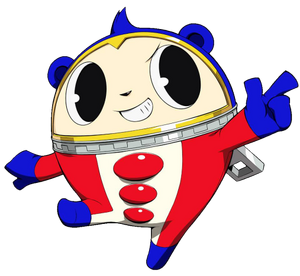 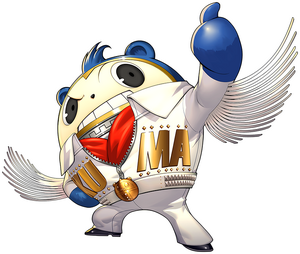 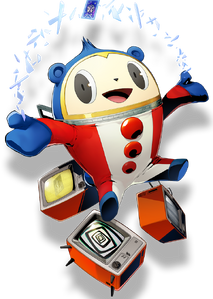 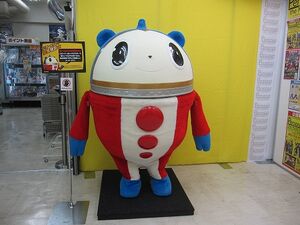 Retrieved from "https://hero.fandom.com/wiki/Teddie?oldid=2197019"
Community content is available under CC-BY-SA unless otherwise noted.