Defeat Ninten to prevent him from continuing his quest (formerly).

Help Ninten and his friends.

Teddy is the fourth and final party member from the video game Mother/Earthbound Beginnings.

Teddy’s personality isn’t very fleshed out, but Teddy reveals that his parents were killed on Mt. Itoi. Another NPC in the town of Ellay states that Teddy was once a nice boy until his parents were killed. His parents’ deaths likely led Teddy to descent into a life of gangs and crime. Teddy shows no qualms in attacking Ninten’s party, and even decides to join the three, wanting to avenge his parents’ deaths. Replacing Lloyd as a party member. As a party member, Teddy is very strong and fast, and uses a variety of knives and swords. Near the end of the game, Teddy and the party is attacked and severely injured by the R7038. When playing as Ninten and talking to Teddy while he’s recovering in bed, he’ll state that brute strength isn’t enough to defeat the enemies, then Lloyd will rejoin the party. In the ending, it seems Teddy gave up his life of gangs and now is a popular singer at the Live House.

When Ninten and his party arrive in the town of Ellay, they find that the town is full of BB (Black Blood) gang members. After buying a ticket and singing at the Live House, Ninten and his party are confronted by Teddy, the gang’s leader. After a small battle, Teddy will decide that he wants to join Ninten’s party. Teddy then replaces Lloyd as the 3rd party member, and the party leaves Ellay to climb Mt. Itoi. After going through Mt. Itoi’s cave and arriving at the safe house, Ninten and Ana will share a dance. After their dance is over, Teddy will barge into their room and then the R7038 will attack the party, leaving the three unconscious. The party is saved by Lloyd in a tank, but he is too late. As the party is taken to the base of Mt. Itoi, it is seen that Teddy was severely injured from the R7038’s attack. It is at this point in the game where Lloyd rejoins the party and the three climb Mt. Itoi once more to receive the final two melodies, and defeat Giegue. After the final boss is defeated, it is seen that Teddy is fully recovered and now sings at the Live Show, presumably giving up his gang life.

Teddy appears as a sticker that boost the resistance of normal attacks to any fighter by 3.

Teddy is a advanced primary attack spirit. His spirit battle is on the Onett stage against Little Mac who starts with a killing edge with increased melee's weapon power. 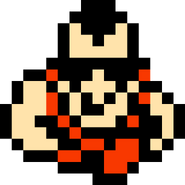