Getting on big adventures, discovering new things, hanging out with Grubby, helping others

To keep the 7 crystals safe, to keep MAVO's evil hands off the crystals, to help people (even those he never met.)

Teddy Ruxpin is the title hero from the Teddy Ruxpin Media. He is a 16 year old Illiop (type of race that resemble the bears) and is best friends with Grubby & Mr. Newton Gimmick. Teddy was introduced as an animated storytelling plush doll with a cassette player in his back in 1985 by Worlds of Wonder. A cartoon show based on the Teddy Ruxpin characters debuted in 1986.

He is voiced by Phil Baron, who also voiced Piglet in the 1983-1986 series Welcome to Pooh Corner.

Teddy is a short Brown illiop with a Tan snout. He wears a Red bodysuit with a Tan vest worn over it.

Teddy has something special with in him: a spirit of adventure, kind, caring, and brave. Teddy is the kind of Illiop to stop and help his friends, and even those he never met. He always stands up for the right thing, even if others (like M.A.V.O.) seek to stop him. 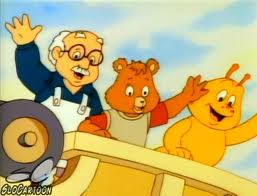 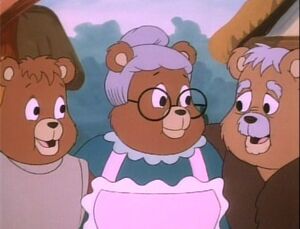 Teddy with his parents. 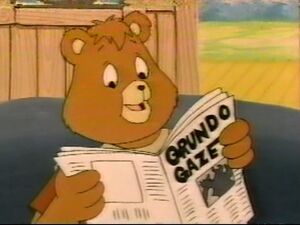 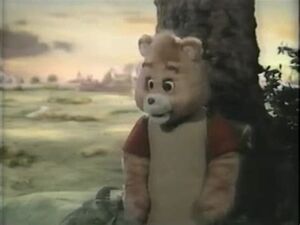 The live-action Teddy
Add a photo to this gallery

Retrieved from "https://hero.fandom.com/wiki/Teddy_Ruxpin?oldid=1696276"
Community content is available under CC-BY-SA unless otherwise noted.