Garth is a fictional character and superhero in publications from DC Comics, originally known as Aqualad, and later known by the codename Tempest. He first started his superhero career as the sidekick and protégé of Aquaman, and became a founding member of the Teen Titans. Though known for his aquatic abilities that are similar to Aquaman, he has magical powers that are related to his mystical heritage.

He was created by the late Robert Bernstein and Ramona Fradon, and first appeared in Adventure Comics #269 in February of 1960.

As Aqualad, he was the teen sidekick and protégé to his guardian, the super-hero known as Aquaman, bearing the same super-abilities as his mentor that allow him to breathe underwater and communicate with marine life. He also possesses enhanced strength and speed that allow him to move through the ocean with relative ease as well as withstand the high-pressure depths of the ocean.

As Tempest, he lost the marine communication powers, but gained mystic-based abilities that allow him to control the temperature of water and moisture surrounding him, as well as the ability to emit destructive force beams from his eyes. As the adoptive Prince of Atlantis, he has at times been forced to assume his mentor's responsibilities as ruler of the oceans during Aquaman's absences, and has in recent years acted as Atlantis' official ambassador to the surface world.

Garth was born in Atlantis to King Thar and Queen Berra, and was born with purple eyes, which nearly had him killed since the Atlanteans believed he was born genetically inferior. Garth survived by the help of the Atlantean sorcerer Atlan, who taught him language and survival rituals so he could survive under the sea. Later on, Garth met Atlan's son, Orin, better known as Arthur Curry and his superhero identity Aquaman. Garth was given the title Aqualad, and became Aquaman's sidekick and protégé, helping the superhero fight crime above and below the sea.

Garth eventually became one of the founding members of the Teen Titans alongside Robin (Dick Grayson), Donna Troy, Kid Flash, and later Speedy (Roy Harper). During his early career, he had a relationship with Tula (Aquagirl) until her death during the Crisis on Infinite Earths. Aqualad later lost his ability to control marine life due to his grief and repeated telepathic abuse by Mento. Though he regained his power during the Millennium event, it came with the condition that his commands had to be phrased as request to the creatures.

Before the events of Zero Hour, Aqualad convinced Aquaman to come out of his depression, and the two of them fought a villain named Charybdis. During the fight, Garth thought he saw Tula, and left Aquaman to investigate the sighting. Garth was then captured by a "shark-girl" and chained up to a rock to left for dead, but was rescued by Atlan. The sorcerer transported Aqualad to the Groot, a convergence between dimensions, and trained the superhero in his mystical heritage. Garth later returned to Earth to help Aquaman fight off an invasion of the Hunter/Gatherers, but returned to Atlan for a new mission.

Atlan took Garth to the Hidden Valley where he had battle Slizzath, who was Garth's uncle who had practiced dark magic and wanted Thar's throne. Garth adopted the name Tempest, and was confronted by a resurrected Tula (whom died once again), and becomes more experienced and mature than he was previously was. Tempest returned to Earth and worked with Aquaman and join the newly formed Titans, and later developed a relationship with Arthur's former lover, Dolphin. Dolphin became pregnant with his child, and the two decided to get marry in Atlantis, with the Titans attending.

During the events of "Infinite Crisis", Dolphin and their child was killed during the Spectre's attack on Atlantis.

Garth later assumed the role as the king of Atlantis after Arthur Joseph Curry abandoned his duties, and Garth was later attacked by the original Aquaman, Tula and Dolphin as Black Lanterns. Garth was killed and turned into a Black Lantern, but died for a second time when the Atom and Atrocitus combined their rings' power to destroy his reanimated corpse. 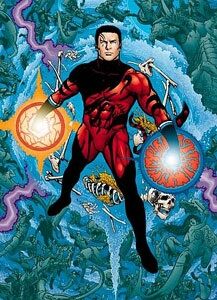 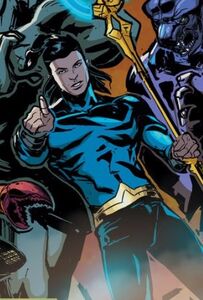 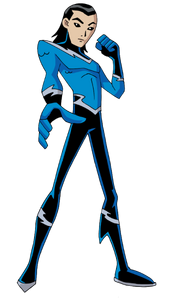 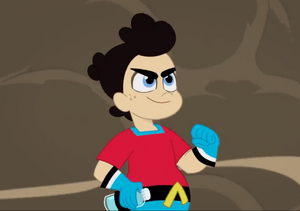