Working around the house and shrine, Growing carrots for Ryo-Ohki

Protect everyone from evil

Tenchi Masaki is the main character and protagonist of all the Tenchi Muyo! versions.

He is a human-Jurian hybrid.

Tenchi is a normal boy until a number of alien girls arrive at his house. Some or all of the girls, depending on the continuity, fall in love with him, with him accepting none of their advances as a gentleman and because he cares much more about the family unit than he does about romantic conquests.

He largely serves as a plot device in order to drive the plot forward, and this is even referenced in the English translation of the name of his series: No Need for Tenchi!

He can generate Light Hawk Wings, the most potent source of power in the universe.

Tenchi Masaki is an ordinary boy living in Japan with his widowed father, Nobuyuki. He is a compassionate, humble, noble, level-headed, respectful young man training with his grandfather as a Shinto priest and as a swordsman. A number of alien girls arrive at his house throughout the course of the series, with all of them expressing romantic interest in the young (but innately powerful) boy. Throughout the series, Tenchi learns hidden truths about himself, his role in the universe, and just how powerful and significant he actually is.

Tenchi initially lives in the city with his father to attend school with his friends and visits his grandfather's shrine in rural Okayama every summer, where he trains to become a Shinto priest and learns his family's special style of swordsmanship which unbeknownst to Tenchi happens to be particular to members of the Royal Family of the planet Jurai. Tenchi's grandfather Katsuhito Masaki, always told him a legend about a warrior who defeated a demon and trapped her within the family shrine. Tenchi goes into the shrine and awakens the "demon," the space pirate Ryoko Hakubi, who in a fit of rage enhanced by 700 years of being locked up, attacks Tenchi. After ending her attack on Tenchi, Ryoko attempts to seduce him in order to receive her gems that are attached to the sword that he found in the shrine. Shortly after, Juraian Princesses Ayeka and Sasami arrive on Earth to capture Ryoko and to find their missing brother Yosho, who was last known to have chased Ryoko off of Jurai (making him the "warrior" of Katsuhito's legend).

During the ordeal, Princess Ayeka is shocked to discover that Tenchi is in possession of the Master Key, Yosho's sword also called "Tenchi." After Ayeka notices that Tenchi is able to use its power, she determines that they are related by noble blood. Tenchi also makes friends with Ayeka's little sister Sasami, and they begin their older brother/little sister relationship.

Tenchi's house is permanently relocated next to the shrine after the battle between Ryoko and Ayeka. Both girls fall in love with Tenchi during their stay at his home. Additionally, Tenchi no longer attends school after the high school was decimated during the encounter with Ryoko in OVA 1, feeling responsible for his old high school being destroyed and theorizing that trouble will just follow him again if he were to return so he doesn't see his high school friends Kamikura, Ikeda, and Kazuhito Amagasaki that much.

Subsequently, Tenchi suffers a great deal of stress as he tries his hardest to be a gentleman while most of the women within the household will take the opportunity to display their attraction for him. Though Tenchi refuses to get intimate with them, he treats them all like family, willing to risk his life for each and every one of them.

More serious trouble comes for Tenchi, when ruthless space pirate and "Ruins Buster" Kagato arrives in order to take claim of Ryoko. Tenchi, after learning his grandfather's true identity as the Juraian prince Yosho, puts his life on the line to rescue her. During the climax of the battle when Tenchi is thought to be dead, both Ayeka and Ryoko reveal their true love for Tenchi, both of them going after Kagato in a suicidal battle to the death. After his life is saved by the goddess Tsunami, it is revealed that Tenchi can create three Light Hawk Wings, the most potent sources of energy in the universe, which are usually only created by the mighty Juraian Royal Treeships. In a final deul, Tenchi defeats Kagato.

In the offical OVA series, Tenchi Masaki is in fact an avatar of the supreme being, which appears as a glowing humanoid.

This being is completely boundless, being as to the hyperdimensional Choushin (themselves omnipotent) as they are to normal human beings.

The Choushin created existence as part of an experiment to find the the true god behind their existence, Kami Tenchi. After he is slashed in half by on of Z's own Light Hawk wings, his godly essence explodes in a massive beam of light that threatens to destroy all existence. The Choushin attempted to contain his power and stop it from destroying everything, but the Counteractor appears and strangles Tokimi's lower-dimensional self in an attempt to stop them. Finally, Kami Tenchi himself appears and calms down Tenchi, reminding him of what he's fighting for, and Tenchi hatches from his mortal shell, now full in control of his omnipotence, and effortlessely stops the Counteractor, vanishing out of sight with her.

Tenchi is the most powerful character in the series, but is too young and immature to have full control over his power. He is a competent swordsman and martial artist, trained by his grandpa, and in the first episode he gains possession of a Master Key also known as Sword Tenchi (Tenchi-ken), that can form a lightsaber-like blade.

During the battle with Kagato, Tenchi receives a special ring from Tsunami that can create a Juraian battlesuit for him. Additionally, Tenchi is capable of superhuman feats thanks to his Juraian blood but has only displayed his more unusual talents during dire situations, such as his duel with Kagato, the escape from a black hole during the battle with Dr. Clay, and the confrontation with Z.

Besides his very special power of generating Light Hawk Wings, Tenchi is able to transform this pure energy into matter, usually in the form of a sword, a shield, and battle clothing.

In the final battle of OVA 3, Tenchi discovers that Light Hawk Wings are the manifestation of godly power in this dimension. The extent of Tenchi's powers is unknown. At one point they rage out of control, forcing the Chousin goddesses to step in and prevent a catastrophe. In the new "altered" timeline, when Noike secretly fired the Choubimaru's cannon to collide with the Earth, again to preserve her future, Tenchi projects his Light Hawk Wings to stop it, a total of six wings, rather than the usual three wings he limited himself to before the event. 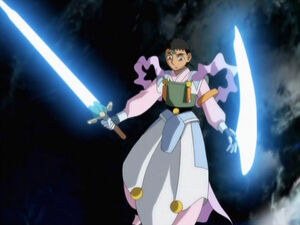 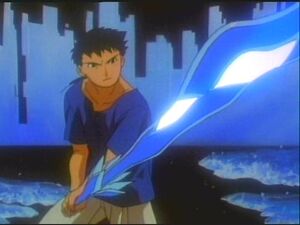 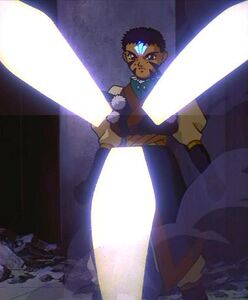 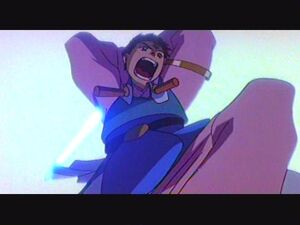 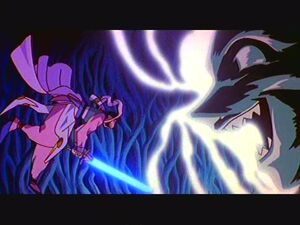 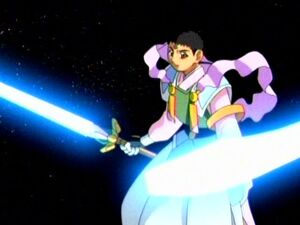 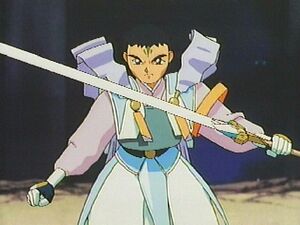 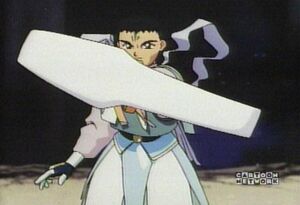 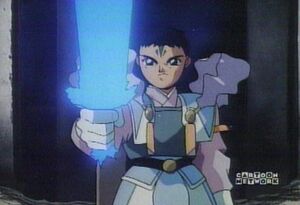 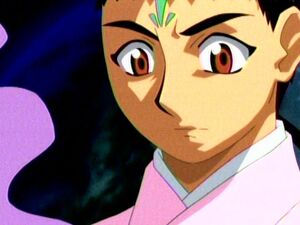 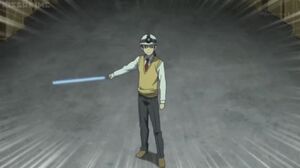 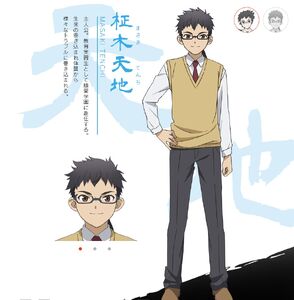 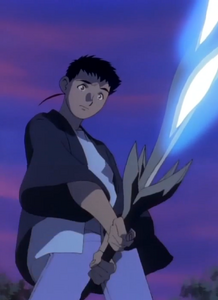 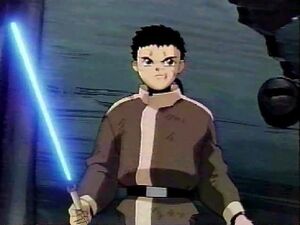 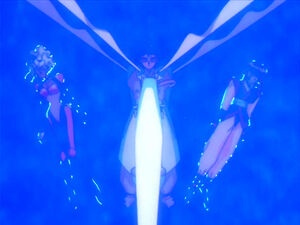 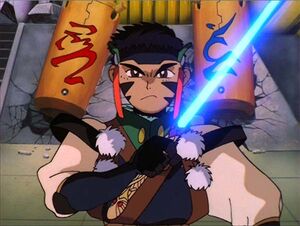 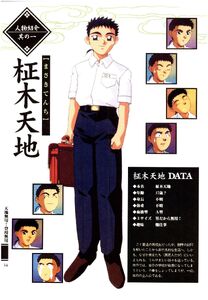 Retrieved from "https://hero.fandom.com/wiki/Tenchi_Masaki?oldid=1665529"
Community content is available under CC-BY-SA unless otherwise noted.