Manipulation of a variety of weapons

Tenten is one of the main supporting characters in the Naruto anime/manga series and the Boruto: Naruto Next Generations anime/manga series. She is a chūnin-level kunoichi of Konohagakure and member of Team Guy.

Tenten has black hair and steel-grey eyes in the manga — both of which are depicted as being dark brown in the anime. She wears her hair in Chinese-style buns on either side of her head with short fringe-bangs falling over her forehead protector which she wears in the traditional manner.

In Part I, Tenten wears a pink sleeveless qipao-style blouse with red sleeve trimmings and yellow fastening buttons as well as dark green pants, a pouch adjusted to her thigh, and standard blue ninja sandals. Her appearance is a reference to the Chinese culture. As a child, she had a perpetual blush, and wore a pink blouse, and yellow fastening buttons. She also had bangs that covered her forehead. In the manga, during her first appearance her blouse was blue instead of pink which in later chapters, changed to her common Part I outfits. Her scrolls have also changed colour from red and yellow to green and yellow. During the Chūnin Exams, Tenten is seen wearing this dark blue blouse with yellow fastening buttons and red pants while helping Neji to train for the finals and also during Naruto and Neji's match. In the manga, Tenten was also seen wearing dark red lipstick. During Neji's match against Naruto, Tenten wasn't wearing her forehead protector at all. In the episode of the Konoha Annual Sports Festival, she is also seen wearing the same blue blouse, which is longer compared to the pink one.

In Part II, her outfit undergoes several changes: she now sports a long-sleeved white blouse with a high collar and red fastener and edges paired with similarly coloured, puffy pants that look like a hakama, with the exposed parts of her legs near the waist covered in bandages. The shuriken holster and the bandage on her right leg is removed and she wears brown fingerless gloves, with her forehead protector having switched to the same colour and her shinobi sandals having been replaced by black, open-toed sandals with low heels, and the shoes extend to the lower ankles; everything is still a reference to the Chinese culture. She holds a giant tool summoning scroll strapped on her back that she uses when fighting. During the Fourth Shinobi World War, Tenten wears the standard outfit of the alliance, with the newly made forehead protector and a Konoha flak jacket with a black - being depicted as blue in the anime, long sleeved shirt under it. She also wears a holster around her waist in which she carries two smaller scrolls with the colours of red and yellow in exchange for the giant one. She no longer wears gloves as well. Her ankles are also shown to be covered with bandages.

In The Last: Naruto the Movie, two years after the Fourth Great Shinobi War, Tenten's outfit, while still sticking to the same colour scheme, has undergone quite a transformation. She is now seen wearing a white sleeveless and high collared qipao dress with red trimmings that reaches her mid-thighs, and a side slit on the right and held in place with yellow fastenings. It is decorated with a pale red flame pattern, running along the left side and is tied with a dark red obi. She now wears fishnet stockings on her legs and a pair of black open-toed boots. She no longer wears her gloves, but now is seen wearing a pair of black scrolls around both of her wrists like bangles, and has two large summoning scrolls in the colour of green and light grey strapped on her lower back as well. She still wears her hair in her trademark Chinese-style buns, but they are now styled as braided buns, both braided together on the back of her head and ending in a short plait that reaches just below her shoulders. She has also grown out her fringe-bangs and has parted them on the right, keeping them out of her eyes. Tenten also no longer wears her forehead protector.

Years after the war, as she's now a shop-owner, Tenten once again wears the similar outfit she wore in Part II. Her braided-buns are still kept, but this time her straight bangs cover her entire forehead. She also wears red dangling earrings.

Tenten strongly believes that female shinobi can be as strong as male shinobi. During the Chūnin Exams, Neji suggests that kunoichi aren't good at taijutsu, but Tenten reprimands him, explaining that girls are just as good as boys when it comes to taijutsu. Tenten's personal dream is to become as powerful, legendary and well noted female ninja as Tsunade. She can be quite fierce sometimes, especially with Lee, violently shaking him whenever he is left unconscious, Naruto also describes her personality as fierce and scary. She also says different stuff from what she thinks, like when she called Lee and idiot and reckless but in reality she knew he would have won against the Sound Nin if there weren't any distractions. Tenten also has shown a strong distaste for weakness or being overly dependent on other people. Despite this, she is not above showing a softer side when it comes to her team-mates. She holds great respect for her former team-mate, Neji, and often helped him train like the time before Neji's Chūnin Exams, she got him ready for his match.

Tenten, despite her tomboyish demeanour, has also shown a feminine side, giggling and commenting to herself that Sasuke Uchiha is cute when he refused to tell his name to Neji. In the anime, she also commented to herself that the prince was just her type. She's observant, witty, analytical, intelligent, and perceptive. Tenten also has a naturally inquisitive nature and doesn't like to be kept out of things, as seen from her reactions toward Naruto and Lee in the anime, also when she performs Dynamic Entry on Lee when she was the only one of the Konoha 11 to be left out of a mission. Unlike her team-mates, Tenten is more easy-going and doesn't enjoy having to run for whole days without a break, or still continue training when she's worn out to push herself to the end. When Guy and Lee enthusiastically vowed to get to the Sunagakure in half a day, she and Neji reprimanded them, saying that it would take three days no matter what. Tenten enjoys days-off from missions so she can finally relax, and for obvious reasons, considering her team-mates. For relaxing, Tenten enjoys going to the hot springs. Tenten has comforted friends who are having a hard time, such as defending a crying Ino Yamanaka from Kiba Inuzuka when they decided on killing Sasuke.

Tenten also tends to be exasperated by Lee and Guy's immature antics, which results in her complaining to them about their youth. In fact, her dream in the Infinite Tsukuyomi was to have both of them act like adults and leave herself relaxed at not having to deal with their antics anymore as she talked about it with a still alive Neji.

Since her time as a student in the Academy, Tenten had a goal to become a legendary kunoichi like Tsunade, one of the Sannin, which she openly shared to others. After graduating, she was assigned to the jōnin tutelage of Might Guy, alongside her classmates Rock Lee and Neji Hyūga. For their final test to become genin, Guy forced his potential students to spar him and see their commitment to succeed. Ultimately, all three passed. During this time of trial and failure, trying to emulate Tsunade, Tenten attempted to become a medical-nin, building up her raw strength and such. While each failed attempt was damaging to her pride, Tenten later discovered her talent for fūinjutsu and thus developed her unique fighting style. Realising her own nature, she stopped trying to becoming like Tsunade, but still has not given up on her dream of becoming a legendary kunoichi in her own right. Later, Tenten and her team-mates were offered the chance to enter the Chūnin Exams in the possibility of being promoted to said rank. However, all three decided to pass on the exams for the time being to further hone their skills.

Tenten's main ability is the use of various ninja tools which can be used for attacking and defensive purposes. She has a vast knowledge on all types of weapons and can use any of them very effectively. She does not posses any other particular skill. 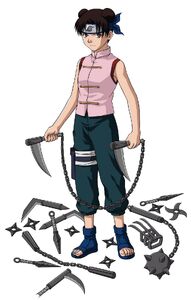 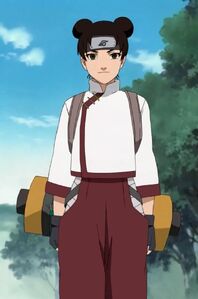 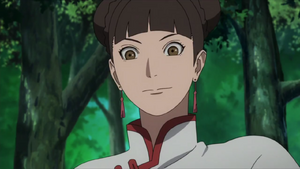 Tenten from Boruto: Naruto Next Generations 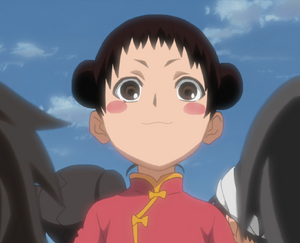 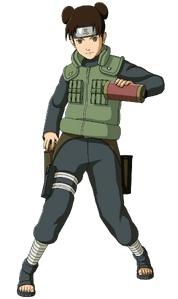 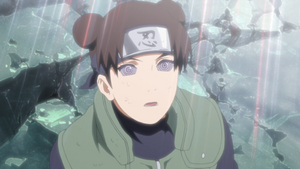 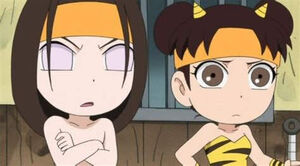