Tenzin (The Legend of Korra)

The Son of Avatar Aang

Helping Korra, spending time with his family, sharing information of airbending and spirituality with others.

Guide and mentor Avatar Korra.
Protect his family.
Defeat Amon and the Equalists (succeeded).
Locate and train a new generation of Airbenders to rebuild the Air Nation (post-Harmonic Convergence, succeeded).
Restore order to the Earth Kingdom and stop Kuvira and her forces (succeeded).

I am not a reflection of my father. I am Tenzin.Tenzin finding his spiritual enlightenment.

Tenzin is one of the many supporting protagonists from the cartoon series The Legend of Korra. He is the youngest child of Avatar Aang and Katara and the oldest living airbending master. He lives on Air Temple Island with the Air Acolytes, his wife Pema, and their four children: Jinora, Ikki, Meelo and Rohan. However, with the resurfacing of airbending across the Earth Kingdom after the Harmonic Convergence, Tenzin and his family temporarily relocated to the Northern Air Temple in hopes of recruiting the new airbenders. Due to being a calm man, he represented the Air Nation on the United Republic Council in Republic City prior to its dissolution and was responsible for educating Avatar Korra in both the art of airbending and spirituality.

He is voiced by J. K. Simmons, who also voices Ford Pines from Gravity Falls and Omni-Man from Invincible.

As the only airbender to be born in over a hundred years, Tenzin was extensively taught the traditions and customs of the Air Nomads by his father and eventually earned the traditional Air Nomad arrow tattoos, symbolizing his status as an airbending master and lead to him and his father forming a stronger bond than Aang and the rest of his children

Once Korra's identity as the new Avatar was revealed, Tenzin joined forces with Southern Chief Sokka, Fire Lord Zuko, and Korra's father, Tonraq, to prevent a kidnapping threat forged by the anarchists: Zaheer, Ghazan, Ming-Hua, and P'Li. The group was able to defeat and apprehend the criminals and imprison them in four separate and specially-designed prisons that would neutralize their combative abilities rendering them harmless for several years. Because of this threat, Tenzin and Tonraq decided to move Korra to the Southern Water Tribe compound where she could safely train in her status as the Avatar and guardian of the world.

Tenzin has been friends with Lin Beifong since their childhood, and the two of them were at one point a couple. However, their romantic relationship eventually deteriorated, partially because Tenzin wanted children while Lin did not desire to start a family. As their relationship was slowly falling apart, Pema approached the airbender and confessed her feelings for him, causing Tenzin to break up with Lin and start a new relationship with Pema instead much to Lin's anger. Tenzin and Pema eventually married, and started a family, their family consisted of three children: two daughters, Jinora and Ikki, a son named Meelo, and a fourth child on the way. He succeeded an Air Acolyte in being the representative of the Air Nation on the United Republic Council.

Tenzin is far more calm and stern in demeanor than his father; however, he does have a sense of humor at times. He also occasionally displays a bit of "craziness" himself, though he works hard to suppress this. He always tries to be a calm person, an attempt that is sometimes thwarted by his "crazy" children or his siblings. Similarly, his mother described him as having a serious personality since childhood compared to his own siblings. He finds his patience severely tested with the arrival of the impetuous Korra. In an attempt to fill his father's footsteps, he works hard to transmit the Air Nomad teachings and culture, while taking his leadership role in Republic City seriously. He does embody the Air Nomad nature of being peaceful and calm, but can sometimes be riled up when around his children or toward Korra due to their differing perspectives. Despite his generally calm demeanor, he can become aggressive and prone to do "whatever it takes" when his family is threatened or in any danger, exemplified by his willingness to use brute force to break through the Northern defenses surrounding the Southern spirit portal in order to save Jinora. This desperation to protect his family and nation have instilled him with a dangerous inner fury that explodes from him when his loved ones are threatened, much like his father.

Tenzin is a traditionalist, and at times can come across as rather strict with upholding the traditions. This also shows in his disdain for pro-bending, which he publicly considers violent and a perversion to more traditional forms of bending. However, after Korra joined the Fire Ferrets, he is shown to be well versed in the sport. This shows that he is willing to show a liking in the interests of those close to him.

Tenzin also appears to be rather prideful, which is best shown when he tried to hid his inability to enter the Spirit World by making excuses that the people around him were preventing him from doing so. When he found out that Jinora was able to see spirits, he grew jealous of her and kept stubbornly insisting that he should be the one to bring Korra to the Spirit World, stating that Jinora would be unable to face its dangers. Nevertheless, he softened up with his sister's persuasion and daughter's assurance, and even expressed how proud he was of Jinora.

Tenzin is willing to do anything to preserve the new Air Nation, even dueling with the all the Red Lotus' elemental masters. Even when he is bruised and battered by the Red Lotus' attack, he refuses to give in, showing a strong resolve to protect his loved ones and allies, as well as a love for his nation.

As the first airbender among Aang's three children, and the only one during Aang's lifetime, Tenzin has been trained extensively in all of his father's airbending knowledge and prowess. After his father's passing, he became the only airbending master in the world of his era and his abilities, despite being a pacifist at heart, were proven to be incredibly formidable indeed. Despite his rare participation in battle, Tenzin's abilities allowed him to effectively pass on the art to his Airbending children and Avatar Korra, all of whom became powerful in the art themselves, ensuring that the teachings and techniques would live on and despite his the new recruits who have just acquired airbending abilities. Tenzin is well-versed in all airbending techniques and may have even created his own technique such as a previously unseen variant of Aang's air scooter technique, conjuring a "wheel" of air which not only allowed him to evade attacks, but was powerful enough to deflect the claws of the mecha tanks. He is also able to use a glider by bending the air around it. Tenzin is skilled in creating extremely powerful tornadoes that are strong enough to throw the mecha tanks in the air. He was also capable of creating an air dome of sorts to protect himself and others from any harmful gases. Tenzin has also displayed the ability to use airbending in order to conduct a spiritual cleansing of an area, which can restore a place's connection with the Spirit World.

Despite being a pacifist at heart, Tenzin has proved to possess incredible combat prowess, in addition to being in excellent shape for a middle-aged person. During the first confrontation with the Equalists' mecha tanks, Tenzin alone was able to single-handedly hold them off for a time, releasing air blasts that were powerful enough to knock his opponent back. When the Equalists launched a sneak attack to capture him, he effortlessly dodged their initial assault with ease and even when his hands were bound, he was able to calmly dodge all of a chi blocker's close-range attacks before swiftly defeating them with a tornado that easily defeated his restrainers and the last Equalist. Tenzin was also the first one to overpower Amon, delivering an airbending kick that knocked him and the Equalists off. Likewise, he easily overwhelmed the highly proficient Airbender Zaheer, who had earlier defeated Kya and Tarrlok, powerful master waterbenders, in a fight, casually countering all of Zaheer attacks without being hit once and landing blows that steadily wore him down. Even against Pli, Ghazan, Ming-Hua and Zaheer all at once, he was shown to be able to fight off the latter three, with the only reason he lost being due to Pli's combustions overwhelming him whenever he was about to attack the others.

Tenzin is shown to have excellent stamina, especially for his age as he can go for a ten-mile hike without tiring. Tenzin is also shown knowledgeable regarding locations in the Spirit World, such as the Fog of Lost Souls and the Tree of Time despite never entering the Spirit World before. 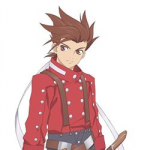