NOTE: This article is about the incarnation of Terence from The Angry Birds Movie Duology. The mainstream version can be found here: Terence (Angry Birds)

Terence, the Big Brother Bird is a supporting character in The Angry Birds Movie.

He is voiced by Sean Penn and from the 2nd movie, he's casted by Nolan North.

Terence appears as a maroon giant anthropomorphic Northern Cardinal and is more muscular and bulkier than Bomb's who had a matching feathered arms. His eyes are black and the color of his stomach is light pink instead of beige. The red violet spots on his face are now three instead of five and has orange feet. His two feathers on top of his head now has a black tip and his beak is orange instead of yellow.

Terence is the strong, silent type. Logical, level-headed, and rational, he has a keen analytical mind. His introspective nature can make him seem distant from others - but he, in turn, is sometimes baffled by how irrational and emotional others can be. He best works when he's left with his thoughts, or when interacting with other people who see things in the same way he does.

Terence is a very silent and isolated bird that rarely shows emotion, sad or happy. His quiet nature makes it hard for the other flock members to bond with him, as he has never talked at all - just making deep grunting sounds. The birds instead like him and oddly made the quiet bird a member of their flock.

Terence's personality comes from his haunted scarring past, and not much is known about it, but he had deeply troubling experiences as a young bird, which largely affected him. He has gone a dark and sinister route. He started doing multiple crimes before being sent to court and doing Anger Management Class, he doesn't even regret doing them. He doesn't really talk much in Angry Birds Movie Series (though he has sung a bit in the ending). He had a crush on Matilda and then married her.

Rightfully so, Terence is an extremely menacing and intimidating bird, and the pigs and at times, even the birds, fear him, with the ground shaking when he walks.

Though he has a very thick outer shell, Terence has shown bits and pieces of emotion to the other members of the flock. At times, he may even crack a smile, though his emotion quickly diminishes. Terence only growls and stares at the other birds. He has a big crush on Matilda, evident during her lessons when he painted himself reaching out to her. 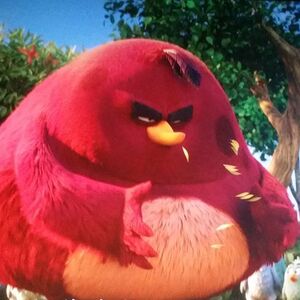 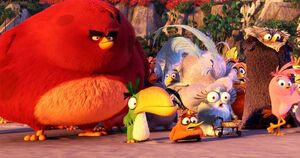 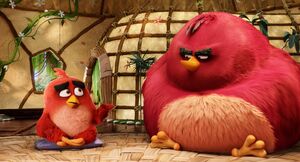 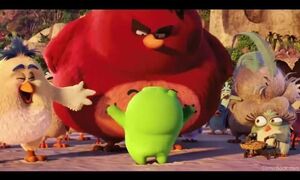 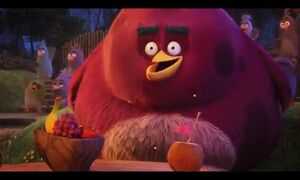 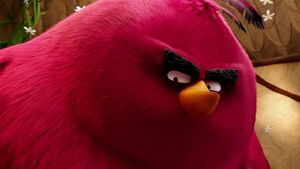 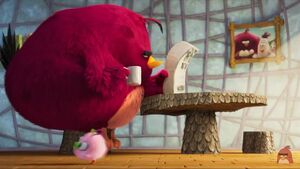 Terence in The Angry Birds Movie 2 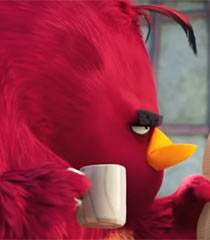 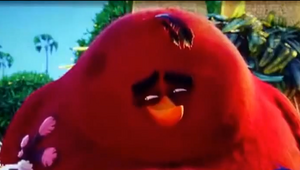 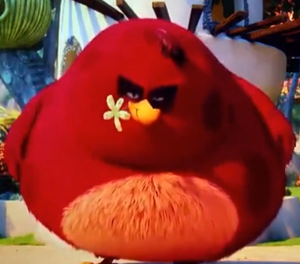 Terence dancing with the birds 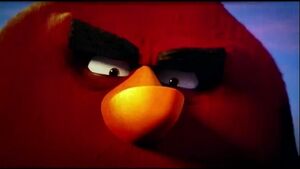 Terence growling at the Green Pig 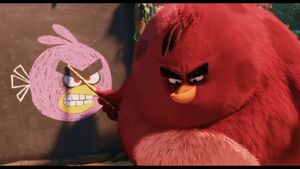 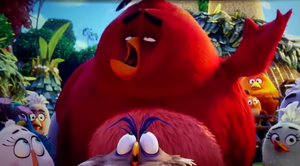