Teresa Beria is a character from the anime and manga series Seikon no Qwaser.  She's a nun, one of the Maria of Sasha, the occasional Maria of Elizabeth, and is affiliated with the organization Athos.

She is in love with Sasha, to the point that even when she's assigned to be Elizabeth's Maria, whom she is also close with, and despite knowing how Mafuyu feels about him, she does still occasionally return to Sasha to be his Maria when Mafuyu gets assigned to someone else.

Teresia is a slightly tall teenage girl, with neck length, light brown hair, green eyes, pale skin, and is almost always seen wearing the standard nun outfit in the series, which consists of a long dark purple robe that partially covers her hands and completely covers her feet, with a massive white patch at the top. 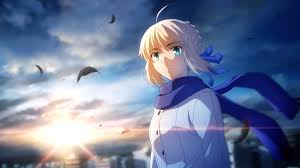