TerraSave is an organization from Resident Evil series.

TerraSave is a non-governmental human rights organization introduced in Resident Evil: Degeneration. Claire Redfield happens to be one of the prominent members of TerraSave, along with Curtis Miller.

TerraSave was formed as a result of 1998 Raccoon City Destruction Incident, when it became clear that governments and corporations covered up man-made disasters in efforts to gain profits.

TerraSave members were present at the site of the outbreak before its eventual destruction. Among those deployed were Gina Foley and Neil Fisher, the latter of which rescued Natalia Korda, then a 3 year old child, after her parents had died.

erraSave originally came into conflict with WilPharma Corporation when one of its members and an anti-WilPharma extremist; Doctor Curtis Miller, was publicly arrested following heated allegations of WilPharma conducting illegal experiments. Because there was no proof at the time, TerraSave officially disassociated itself from Miller. Later, however, TerraSave found photos of WilPharma's latest human test subjects; the result of their clinical tests on humans conducted in India. All of the victims had been exposed to the t-Virus. As a result, TerraSave demanded that WilPharma immediately release the results of their tests. TerraSave's scathing accusations hurled at WilPharma caused the company's stock fall sharply and its public relations degraded to the point it had civilian members establishing picket lines outside it's Harvardville facility and the local airport (in the hope to confront the politician Senator Ron Davis; who gave his full and questionable support to the corporation, and had arrived for a pharmaceutical conference).

In 2005, in an effort to save WilPharma, one of its employees; Frederic Downing, unleashed the virus on different areas around the world, as a twisted sales pitch to General Miguel Grandé; the head of the Republic of Bajirib and a sponsor of terrorism; with one such incident, where Downing himself acted as the black market broker who supplied the virus, occurring in India, with the company claiming its "human testing" was really an attack made by terrorists who somehow got a hold of the virus. This would allow WilPharma to regain its political standing as the U.S. Government, using the covertly-developed vaccine, solved the crisis with a minimum amount of casualties. To restore its public image; Downing also unleashed the t-Virus on the Harvardville Airport, which would in turn be crushed by the U.S. Marine Corps protected by WilPharma's vaccine, and the outbreak itself would be blamed on Miller. Then WilPharma would claim the hundreds of civilian lives were lost due to TerraSave effectively backing them into a corner and forcing them to withhold the vaccine from the nearby population; making the outbreak's casualties the fault of TerraSave.

The plan would ultimately come undone when TerraSave member Claire Redfield, with the help of U.S. agent Leon S. Kennedy, exposed Downing's scheme, resulting in the bankruptcy of WilPharma.

In 2011, the NGO's headquarters were attacked by an unknown paramilitary force. Claire Redfield and some of her co-workers, including new hire, Moira Burton were kidnapped and taken to a deserted prison on an island. The kidnapped members are used as test subjects by a bioterrorist who is calling herself the Overseer. This was later discovered to be an act of betrayal perpetrated by TerraSave manager, Neil Fisher, who secretly held allegiance to the now defunct F.B.C. With the aid of Barry Burton and the BSAA, Claire and Moira survive the incident.

TerraSave was eventually deployed to Sonido de Tortuga Island in order to investigate suspicious activity being reported on the island. The operatives included Claire Redfield and Inéz Diaco. 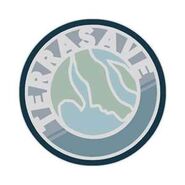 Add a photo to this gallery
Retrieved from "https://hero.fandom.com/wiki/TerraSave?oldid=1734833"
Community content is available under CC-BY-SA unless otherwise noted.