He was portrayed by Alan Ritchson.

His father died in the military while stationed in Bosnia, where he had an affair resulting in Thad's attractive half-sister, Alma, of whom he is overly protective. The family then moved to Connecticut as to not die.

Despite his status as a two time consensus All-American and team record holder for most tackles in a game (a game which he was subsequently ejected from for calling referees "butt faces").

Thad lives at the Goat House with Alex and Sammy. His nickname "Thad" came from a childhood lisp that he came to embrace after some kids at school made fun of him for the way he said "sad".

Thad often annoys his teammates due to his bullying and high strung antics when things do not go his way. However, he harbors a great love for his team and understands what it takes to be a leader in desperate situations, which garners respect from his comrades despite his behavior.

He is also heavily prone to engage in excessive homoerotic behavior, especially in the hazing rituals of freshman players. His dedication to the team and willingness to sacrifice anything to ensure the team wins prompted coach Marty Daniels to name him Captain at the beginning of his sophomore year. This is the only time Daniels ever named someone so young captain. 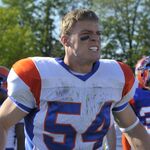 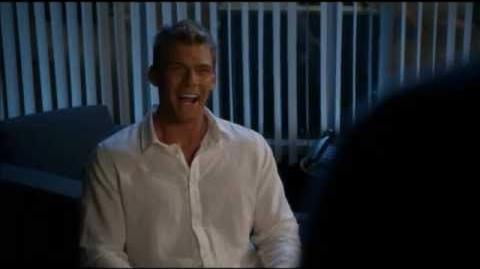