Protect the world from the forces of evil

The Avengers is a superhero team from Marvel Comics. They also appear in many TV shows and movies.

The team appears for a first time in a comic book series created by Stan Lee and Jack Kirby.

The first adventure featured the Asgardian god Loki seeking revenge against his brother Thor. Using an illusion, Loki tricked Hulk into destroying a railroad track. He then diverted a radio call by Rick Jones for help to Thor, whom Loki hoped would battle Hulk. Unknown to Loki, Ant-Man, Wasp, and Iron Man also answered the radio call. After an initial misunderstanding, the heroes united and defeated Loki after Thor was lured away by an illusion of Hulk and suspected Loki when he realized it was an illusion. Ant-Man stated that the five worked well together and suggested they form a combined team; Wasp named the group The Avengers because it sounded "dramatic". The Avengers also appears in the 2010 TV animated series The Avengers: Earth's Mightiest Heroes created by Marvel Animation and Film Roman Studios. The show debuted on Disney XD in Fall 2010 starting with a 20 part micro-series.

The series features a team based on the roster for the original Avengers, composed of Ant-Man, Hulk, Iron Man, Thor, and the Wasp, with Captain America, Black Panther, Hawkeye, Ms. Marvel, and Spider-Man later joining the ranks. The team also appears in the live-action film The Avengers on May 4, 2012, released by Marvel Studios. Joss Whedon rewrote and directed the film while Iron Man director Jon Favreau acted as executive producer. It's part of the Marvel Cinematic Universe. Cast team members include Chris Evans as Captain America, Robert Downey, Jr. as Iron Man, Chris Hemsworth as Thor, Samuel L. Jackson as Nick Fury, Scarlett Johansson as Black Widow, Jeremy Renner as Hawkeye, and Mark Ruffalo as Bruce Banner (Lou Ferrigno voices the Hulk).

NOTE: The limit is for 20 pictures only 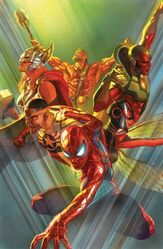 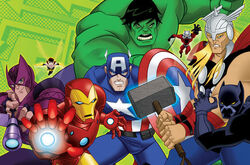 The Avengers in the 2012 live action movie

The Avengers with Spider-Man also appears in "Ultimate Spider-Man" 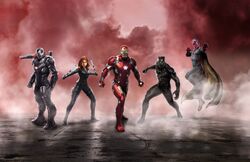 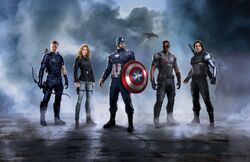 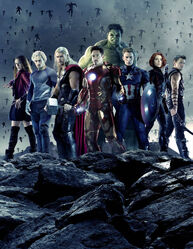 The Avengers in Avengers: Age of Ultron 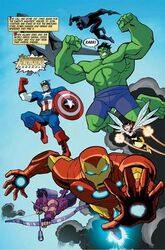 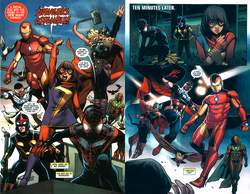 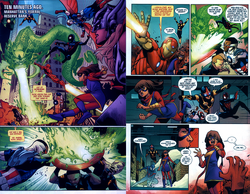 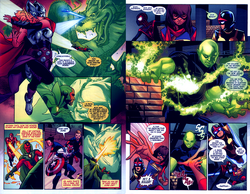 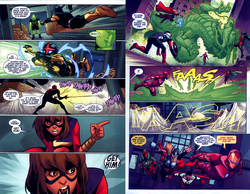 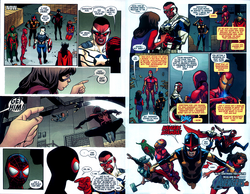 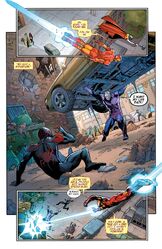 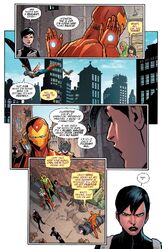 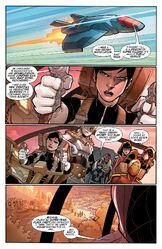 Add a photo to this gallery
Retrieved from "https://hero.fandom.com/wiki/The_Avengers?oldid=1242056"
Community content is available under CC-BY-SA unless otherwise noted.