Hearing
Empathy towards humans which the rest of his species lacks

Defeat the other Giants
Get an elephant

The Big Friendly Giant, also known as the BFG, is the titular deuteragonist of the 1982 children's book of the same name by Roald Dahl, as well as its 1989 animated film adaptation and 2016 live-action/CGI film adaptation.

The BFG resembles an elderly man, with over sized ears and an extended nose and a height that towers well above any human, though is still small for his own species. The clothes he wears consist of a white shirt in a light brown vest, and green pants. In the movie adaptation, he has a graying beard that is more noticeable than in the book.

Though the BFG is capable of having a serious tint, for the most part he remains warm, friendly, and curious towards other individuals. He is very protective of Sophie acting like somewhat of a father figure towards her. He is shown to greatly fear the nine other Giants, all of whom are taller than him, by at least eleven feet, and due to their constant bullying of him. Towards the end of the book, however, the BFG proved he was not to be underestimated, whenever he breaks his own code and reveals the existence of the giants to the Queen of England and helps the army capture them, so that they can no longer cause anymore harm.

The BFG is one of the only good giants in existence, preferring to capture dreams and give them to children rather than kidnap and devour them like the other giants - however BFG is too timid and frightened of the other giants to interfere with them, especially their fearsome leader - Fleshlumpeater, however when he brings back the human girl Sophie to giant land he develops a close friendship with her that helps him to realise how evil the other giants were and gives him the courage to seek out the British Army and Royal Air Force to capture the giants.

However Fleshlumpeater was not captured and chased after the BFG in a rage - although Sophie tried to talk him out of it the BFG told her to hide in order to confront Fleshlumpeater, reasoning that he was the only thing left to stop him now, although he bravely confronts the giant he is badly hurt in the confrontation and almost killed.

When Fleshlumpeater goes after Sophie the BFG goes to his chamber of dreams and unlocks a cabinet where he keeps nightmares - which he then uses on Fleshlumpeater to scare the giant away and save Sophie, though the BFG tries to return Sophie to the human world shortly after the two ultimately stay together in giant-land and continue to make dreams for children across the world - before leaving however the BFG makes sure that the evil giants are put in a large pit and fed only disgusting snozzcumbers. He also appoints Mrs Clonkers as their caretaker as punishment for her cruelty to the children at her orphanage (including Sophie). 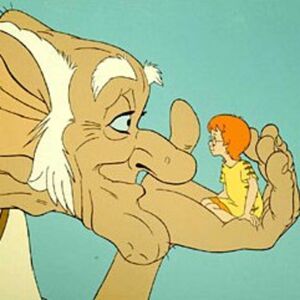 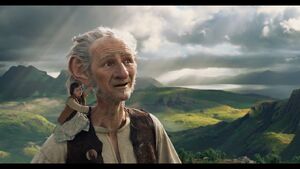 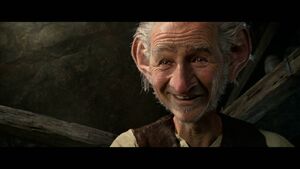 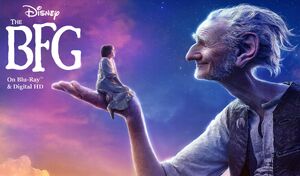