The Illuminati
The Dragon

The Factions
The Societies

The Council of Venice

Make the other two obsolete

The Big Three is the unofficial name given to the three main factions in the M.M.O. The Secret World. Upon gaining their powers from The Bees, the players will be contacted by one of three representatives based on their choice pre-character-creation, either The Templars, The Illuminati, or The Dragon. While the Templars are the closest one to "good", in the moral sense, all three represent at-least a pragmatic future for the world as a whole and maintain a vested interest in keeping the world safe.

The Four and Sixty

According to Khalid, and backing info from each faction, all three societies were shattered pieces of one major society once called the Four and Sixty. Little is known about this society other than it's members counted among it Biblical figures such as Moses, Aaron and King Solomon. It is unclear what caused the society to fall apart, if it was some great disaster or the ideals of the society were simply unable to maintain it but it eventually did dissolve. The Dragon are said to be the eldest, but it is unclear if they have existed as an organized society or just a mildly connected cult across Asia, The Templars are the second eldest - formally founded shortly after the erection of the tower of Babylon, and the Illuminati are the newest - going back to the foundation of society in ancient Egypt.

After the Four and Sixty dissolved each society became concerned with separate priories and while many are selfish each society still possesses a ring of altruism. The Templars seek to eliminate evil creatures that would harm humanity. The Illuminati treasure information and advancement, they protect records on antiquity yet push for more and more advanced technology to be steadily integrated into the modern world. The Dragon seek to maintain a karmic balance with/for the world, enacting various seemingly chaotic events that ultimately keep a naturalistic order.

Though the Big Three came from the same society, their competing ideals and interests soon saw them attempting to eradicate all rivals, including each-other. Much of the era of their time together was lost, even to each-other so they would rediscover each-other by the Dark Ages. Templars and Illuminati had been working together since the founding of Rome but dissolved their pact sometime in the middle-ages, however they had discovered the Dragon during their conquest of Europe while testing the limits of what would later become known as Asia. The Dragon kept the Templars and Illuminati out of Asia but had difficulty stretching it's influence into Europe or Africa thanks to the two's dominance over the continents. By the time the Templars and Illuminati parted ways barriers broke down and the Dragon infiltrated Europe. The Templars had become swept-up in the various religious wars and prejudices that plagued it's members in Europe and the Illuminati resented Church dictating state, so with the Templars quickly getting more and more lost to religious fanaticism the Illuminati formally broke away from them. As the Illuminati were always the most unscrupulous of the three, the Templars saw their departure as a wake-up call to how the organization was degenerating and began to rectify the situation by starting a series of mass witch-trials to purge it's more fanatical members as heretics - ironically the Illuminati themselves would be labeled as such to give the Templars a public excuse to hunt down and kill them for breaking the alliance. The Illuminati would remain in hiding until the Colonial era when they forged a new empire by laying the ground-work for colonization of "The New World" at which point they revealed themselves to the Templars and Dragon as big enough to be a world power where once they were scapegoats.

The acrimonious departure between the Templars and Illuminati and the halted influence of The Dragon at the borders of Europe for so long has lead all three societies to conspire to destroy the others. All three were secret to the general public (some more, some less) but their influence over the world could be felt by the general population even if it remained publicly undefined. The rivalry came to a head at "The Battle of Armageddon". No indication is given in game of where or when this battle took-place but the world nearly ended. While licking their wounds an accord was struck. All three societies agreed to stop their outright war with each-other, to form treaties and join hands against world ending events. The Council of Venice was formed - made up of bureaucrats recruited from each factions. Officially the Council of Venice has influence over all three societies, but it is so ineffectual that the three eventually came to view it with contempt. The old rivalries and conflicting ideologies still permeate the societies but with more and more forces putting the world in jeopardy and the Council of Venice are little more than a referee for contests of power between the secret societies, the Templars, Illuminati and The Dragon have all agreed to set aside their differences and save the world. Even in their attempts to preserve the world, the three make a contest of it - who can save the world from a catastrophe first, who can make saving the world increase their influences and how many times can these wrongs be righted.

Aside from a healthy competition with each-other the Big Three have four major enemies.

The Filth is a living disease. It is anti-reality, corrupted anima, darkness incarnate. The Filth twists the physical world and infects sentient life-forms, even those not traditionally qualified as "living". People, fey, monsters, ghosts, and the undead, almost all are susceptible to Filth infection. As the infection grows they become more monstrous in appearance and more hostile in mentality. Those fully infected appear crazy, they babble incoherently, attack anyone they see, even those near and dear to them and infect all they touch - a living extension of the disease at that point. Those over-taken by The Filth are not fully possessed in the traditional sense, their identities have been vivisected, their minds broken, but they maintain just enough awareness to understand the broken state they are in and exist in a living nightmare that plagues them even after death. The Templars see the creatures as abominations that must be wiped out, The Illuminati want them fully analyzed to form a cure which they intend to mass-produce for a major influence on their rivals and The Dragon see them as a faulty equation in reality that must be corrected to preserve the whole.

The Phoenicians are a fourth society, a bastardization of the Templars. The Templars were founded by Abel, and the Phoenicians by his brother Cain, when the two tried to kill each-other the original Templars split. Those who followed Cain formed the Phoenicians. The Phoenicians have come to work as mercenaries in The Secret World. They are as militaristic, magically inclined and just as brutal as The Templars, but sell themselves for money, or more accurately for Swiss-bank-accounts. Though the Phoenicians claim to be people of their word in truth they have cheated so many that even the Dragon and Illuminati don't trust them. The Illuminati are the least adverse to hiring them on as extra muscle but are constantly watching them for the figurative knife-in-the-back and terminate relationships with them the second their services can be spared. The Dragon know better than to underestimate outcasts and are prepared for the Phoenicians to be a wild-card to any situation.

The Orochi Group are a collection of industry leaders all under the secret blanket of one major parent company. The Orochi control the public world. With all the secret influences behind the scenes Orochi have propped up a media empire on what goes on in public - everything from TV, to clothing, medicine, to military hardware has an Orochi logo on it. The company appears to be a benign corporate entity but it is not. It is engaging in what could only be labeled as mad-science in the politest of conversations. Orochi is hoarding resources to try to over-power the societies. All three societies are held-up thanks to Orochi and the whistle it could blow to the public on the three societies if any of them tried to overtly move against it. The Templars despise being held back with red-tape, the Dragon are wary of how many factors the Orochi can change all at once but the Illuminati has the most contempt for them. Orochi is a dark mirror of the Illuminati, a shadowy mega-corporation that controls the world, however their lack-of-vision, foolishness in allowing it's mad-scientists to have carte-blanche and reckless application of The Filth has only made the Illuminati despise them for their lack of good judgment despite their resources. 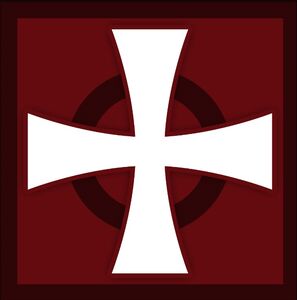 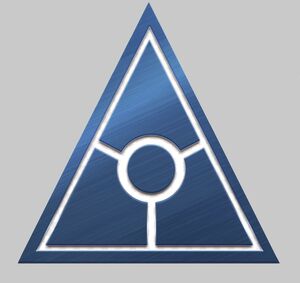 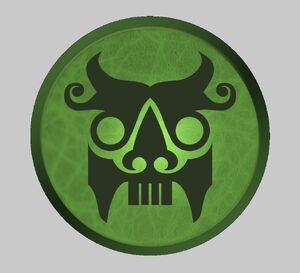 The Dragon insignia
Add a photo to this gallery
Retrieved from "https://hero.fandom.com/wiki/The_Big_Three?oldid=1783449"
Community content is available under CC-BY-SA unless otherwise noted.