Father (by his son, Jack)

Helping others in need

Hero from the Past
Benevolent Ruler
Voice of reason

Nothing worth having is easily attained. Sometimes you must fight for what is yours... and what you believe in.The Emperor to Jack

The decisions you make, and the actions that follow are a reflection of who you are. You cannot hide from yourself.The Emperor.

Always remember my son. For the presence of evil is sometimes right behind you.Emperor to young Jack: no sooner than he said this to his son Aku appears.

The Emperor is Jack's father, from the 2001 Cartoon Network and 2017 Adult Swim series Samurai Jack.

Little is known about the Emperor's early life, it is known that he was the ruler of an area of Japan.  When his lands were threatened by a primordial evil substance, he gathered a band of warriors and attempted to destroy it with an enchanted arrow, however the magic from the arrow instead caused the evil substance to become self-aware and gain a physical form, creating the demon known as Aku.

Afterwards, Aku imprisoned the Emperor and forced him to watch as Aku destroyed his lands. Eventually, Sleipnir freed the Emperor from his imprisonment, and the he was then taken to the Gods: Odin, Ra, and Brahma, who forged him an enchanted sword with great magic that could hurt Aku. After that, The Samurai Lord fought and imprisoned Aku.

Years later, the Emperor had seemingly rebuilt his kingdom and had a son, during that time he also prepared a contingency plan to have the best warriors around the world train his son to be a Samurai warrior in the event that Aku ever returned. Just as the Emperor predicted, Aku was released from his imprisonment 8 years after his initial defeat and captured the Emperor before he could reach the sword. The Emperor instructed his wife to evacuate Japan alongside their son and the sword so that their organized plan could begin. The Emperor spent the next decades as a slave of Aku while his son trained across Asia and Europe, eventually returning to free him. Jack then went to confront Aku, the battle initially ended with Aku sending Jack into the distant future where he spent 50 years, however from the present's viewpoint Jack only vanished for 10 seconds then returned to kill Aku once and for all

After Aku's death, The Emperor proudly attended his son's wedding, however the wedding ended in tragedy when Jack's bride Ashi died before she could reach the altair. 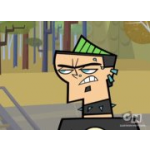 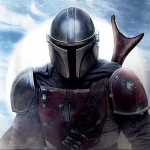