The Magic School Bus (a.k.a. "The Bus", "Bus" by Valerie and Fiona, and "Bussy" by William) is the common name of the anthropomorphic school bus that Ms. Frizzle's class and Liz ride on and goes on field trips. It is most often piloted by Ms. Frizzle, her sister Ms. Frizzle or Liz, but occasionally, one of the kids will take the wheel (like Ralphie in "Kicks Up a Storm" "Going Batty" and "Gets Lost in Space", Wanda in "Gets Lost in Space", Carlos in "Gets Ready, Set, Dough", and Tim and Phoebe in "Taking Flight") or it will take on a shape (such as an animal) that allows it to "drive" itself.

The Magic School Bus is somewhat based on a 1970s Ward International bus with fender skirts on the rear wheel, the front windshield being 2 different windows, and a grille spine down the center of the grille.

It isn't really clear how The Magic School Bus works, but there are some hints in the TV series. We can see the how the fuel gets to the engine in "Revving Up". First of all, its magic seems to flow from several unusually named devices, like the shrinkerscope or the mesmerglober. The shrinkerscope serves mostly as an easy way to shrink and resize the bus at the will of Ms. Frizzle. It seems to have at least two varieties of the shrinkerscope, namely, the main one (as an internal part) and the porta-shrinker. At least the latter can't work when damp or wet, and if someone attempts to activate it in such conditions, the dew-dinger sounds.

The mesmerglober, on the other hand, is primarily concerned with changing the shape of The Magic School Bus. It changes it into whatever the class needs, be it a bus-marine, a spaceship, or a bus-igator. 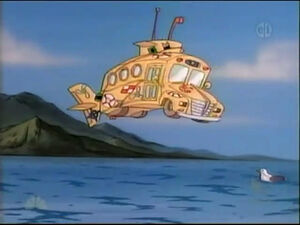 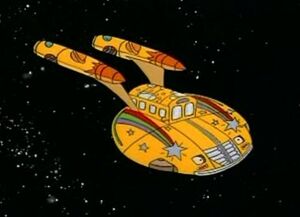 The Bus as the Enterprise from Star Trek 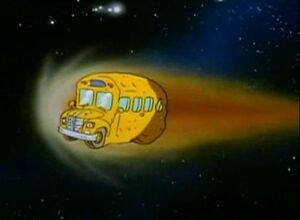 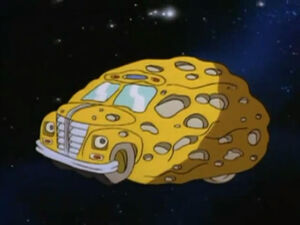 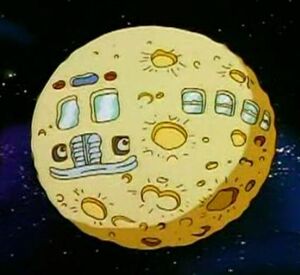 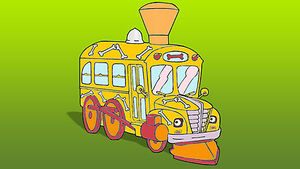 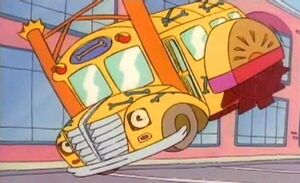 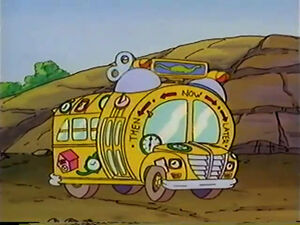 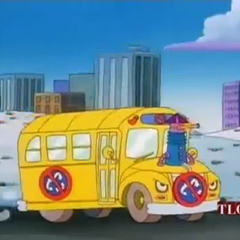 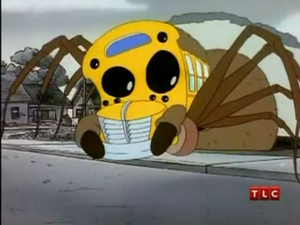 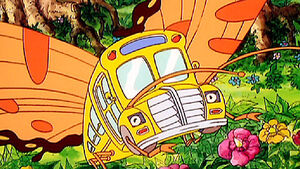 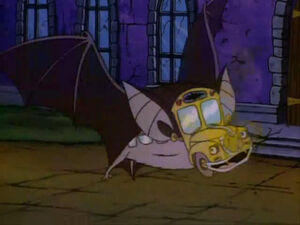 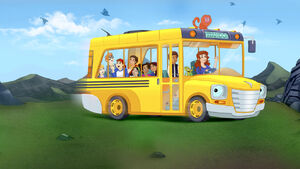 the chance to get dry by getting in. She declines, arguing she "deserves" to get wet and the viewer can see The Magic School Bus pity her as she sits on a wet log.

were trying to save the rest of the class, in the opening when it looked a bit scared upon seeing an octopus in the neighbourhood, and in Gets Lost in Space when it felt exhausted upon Janet overloading it with "proof" she went to all the planets of the Solar System. It is unknown if The Magic School Bus is capable of talking, but it is capable of panting and coughing. It's also unknown what gender The Magic School Bus is.

Retrieved from "https://hero.fandom.com/wiki/The_Magic_School_Bus?oldid=1995110"
Community content is available under CC-BY-SA unless otherwise noted.