The Man With No Name

The Man With No Name

A Fistful of Dollars

He is a rouge outlaw who goes by multiple names, such as Joe, Manco and Blondie. He often attempts to gain large amounts of money, but is also principled and honorable, and does the right thing from time to time.

He was portrayed by Clint Eastwood, who also played Dirty Harry, Frank Morris, and Frank Horrigan.

The "Man With No Name" embodies the archetypical characteristics of the American movie cowboy - toughness, exceptional physical prowess, independence, and skill with a gun - but departed from the original archetype due to his moral ambiguity.

Unlike the traditional movie cowboy, exemplified by actors John Wayne, Alan Ladd and Randolph Scott, the Man with No Name will fight dirty and shoot first, if required by his own self-defined sense of justice. Despite being the hero in his films, he also proves to be a dangerous and a dollar-greedy man.

Nevertheless, he still shows his good sides by playing fair during duels, saving lives of some innocent civilians, and sparing Tuco's life and still sharing him part of the money they'd found. Although he tends to look for ways to benefit himself, he has, in a few cases, aided others if he feels an obligation to.

This is seen when he frees Marisol's captive family from the Rojos in A Fistful of Dollars, gives his own pistol to Douglas Mortimer to allow him to get his revenge on El Indio in For a Few Dollars More, and comforts the dying soldier he encounters after the bridge explosion in The Good, the Bad and the Ugly.

He is an outsider, a mercenary or bounty hunter, or even an outlaw. He is soft-spoken and laconic. He is also an anti-hero, and he has a soft spot for people in deep trouble. While rescuing Marisol in A Fistful of Dollars, he responds to query about his motives with a curt "I knew somebody like you, once... and there was no one to help."

This, along with the comment "I never found home that great" and stating that he hails from Illinois (in The Good, the Bad and the Ugly), sums up the only personal history the viewer ever receives about the character. 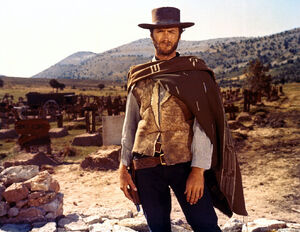 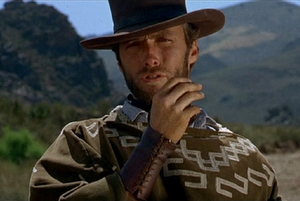 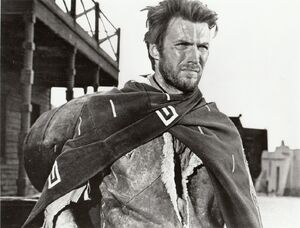 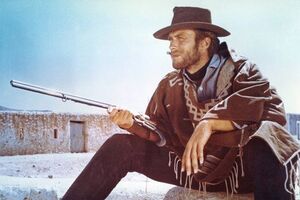 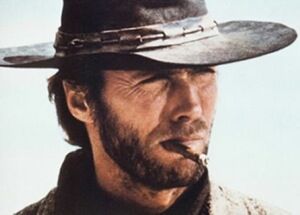 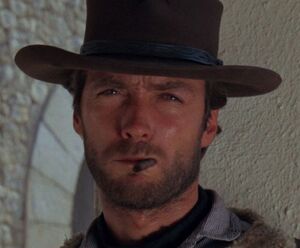 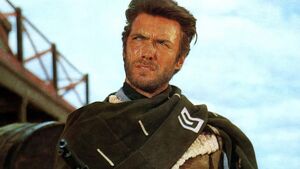 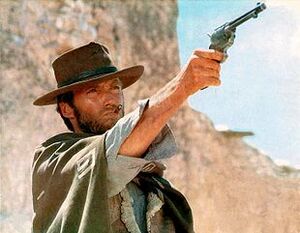