He is a parody of King Kong and The Creature from the Black Lagoon. He was found frozen in a block and when he was thawed out, he went on a rampage at the beach before being captured and taken to Area Fifty-Something. He was voiced by Will Arnett who also voiced Surly.

Link is strong, agile and amphibian and can live in and out water as long as he wants. He is an adept swimmer. It is unknown if he can adhere to walls or other objects and crawl up them, but is seen in the movie crawling up Insectosaurus without falling.

As of being a bit reckless at times he is actually a very tough acrobatic and melee fighter, making him a powerful and unusual being. In the movie he is the one to think that he can do everything always rushing into battles without considering the consequences. In battle he can be considered the leader of the group. 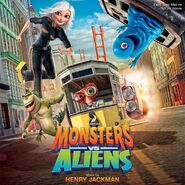 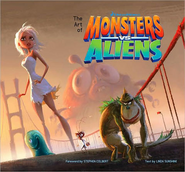 Retrieved from "https://hero.fandom.com/wiki/The_Missing_Link?oldid=2150643"
Community content is available under CC-BY-SA unless otherwise noted.