Leader of the Saints

Leader of the 3rd Street Saints (Saints Row 2 and 3)

Leader of the Universe (Saints Row IV & Gat out of Hell)

Take over Stilwater and wipe out the rival gangs (succeeded).

Bring the Ultor Corporation to its knees for attempting to destroy the Saints (succeeded).

Take over Steelport and wipe out the Syndicate (succeeded).

The Protagonist, also known as "Playa" and later called "The Boss", is the player character in the Saints Row video game franchise. The character's overall appearance, gender and voice can be changed to suit the player's needs (although most of this was introduced in Saints Row 2). This page will refer to the character as a male.

Despite being portrayed as a an antisocial person, the Protagonist begins to develop a nicer, more caring side as the series progresses, especially in Saints Row: The Third and Saints Row IV.

The Protagonist was born in Stilwater and and presumably grew up there for most of their life (according to a news ticker in Saints Row IV). However, this contradicts the fact that the Protagonist has different voice options from Saints Row 2 onwards, which includes British, American, Russian and Southern American accents. These unique voices may give different backgrounds, for example, the Southern American female voice hints she was born (and possibly raised) on a farm before coming to Stilwater.

The Protagonist is caught up in a turf war between rival gangs in Saint's Row, Stilwater and comes narrowly close to being killed until he is saved by Julius Little and Troy Bradshaw. Julius is the leader of a new gang, the 3rd Street Saints, and offers the Protagonist a chance to work for the Saints. The Protagonist accepts, meets the Saints at their hangout in Saint's Row Church and, after being canonized, is welcomed into the gang.

During the course of the game, the Protagonist helps take down the three rival gangs of Stilwater (The Westside Rollerz, Los Carnales and The Vice Kings). After completing this, the Protagonist is promoted to second-in-command by Julius, who is later arrested by police.

The Protagonist finds themselves being blackmailed by chief of police Richard Monroe, who threatens to kill Julius unless the Protagonist does some "community service" for him. The Protagonist kills Mayor Marshall Winslow but, tired of Monroe's blackmailing, kills him at Winslow's funeral with help from Johnny Gat and Dex.

After Monroe's death, the Protagonist is contacted by Alderman Richard Hughes, who thanks the Protagonist for killing Winslow and Monroe, as it has now helped him win the mayoral election. With the public's backing, Richard reveals he will redevelop the Saint's Row District. Before Richard can have the Protagonist killed by his security guards, the boat they are on is destroyed by a bomb, killing Hughes and putting the Protagonist into a coma.

Five years after the boat explosion, the Protagonist awakens in Stilwater Penitentiary's infirmary. With the help of a young man named Carlos Mendoza, he escapes the prison and returns to a much different-looking Stilwater, which is now under control of the Ultor Corporation. The Protagonist then discovers that the Saints have all but fallen apart in his absence, and that 3 new gangs (The Brotherhood, The Sons of Samedi and The Ronin) have moved into Stilwater. After arriving at a local bar, the Protagonist discovers that Johnny is facing death row for 387 counts of first-degree murder, with his trial set to conclude soon. The Protagonist breaks into the courtroom and rescues Johnny, taking him to Aisha's house, where they discuss on how to revive the Saints. After learning that the church has been turned into a tourist trap by Ultor, the Protagonist and Johnny take over an underground mission house and establish it as their new headquarters, soon recruiting high-ranking lieutenants for the Saints in Carlos, Pierce Washington and Shaundi. The Protagonist then officially becomes the new leader of the Saints and is then referred to as "the Boss" by the rest of the gang. 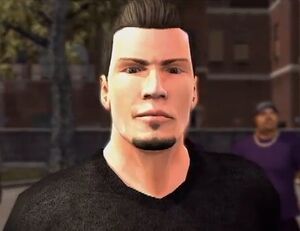 The Protagonist in Saints Row 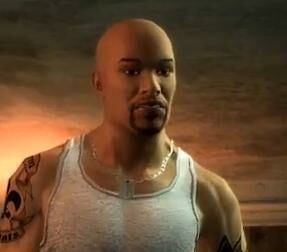 The Protagonist in Saints Row 2

The Protagonist in Saints Row: The Third

Retrieved from "https://hero.fandom.com/wiki/The_Protagonist_(Saints_Row)?oldid=2119485"
Community content is available under CC-BY-SA unless otherwise noted.