Rid the world of Criminals

The Punisher (real name Frank Castle, Sr.) is a violent vigilante from Marvel comics and varies from being a dark anti-hero to being an outright protagonist villain depending on the writer and/or story. Driven by the death of his family, the Punisher hunts down criminals and kills them in brutal ways, and he is also known to settle for intimidation or torture.

He was created by Gerry Conway, John Romita Sr. and Ross Andru, and first appeared in The Amazing Spider-Man #129 in February of 1974.

Frank Castle is a military veteran with years of experience and training to handle himself against any threat, and is skilled in weapons, stealth tactics, espionage, and many other tactics. Though he has no superhuman powers, Nick Fury's intel classified him as a being power level 6 or greater due to his said abilities, and use of lethal force. 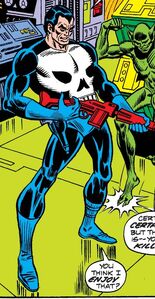 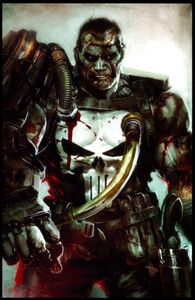 The Punisher as Franken-Castle. 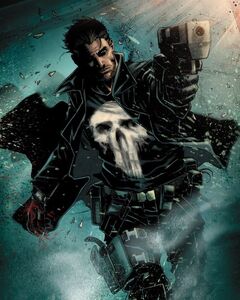 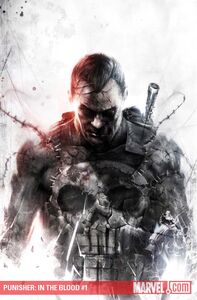 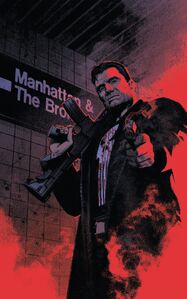 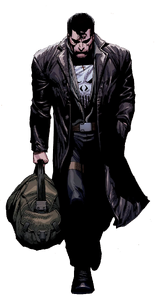 The Punisher from Ultimates comics. 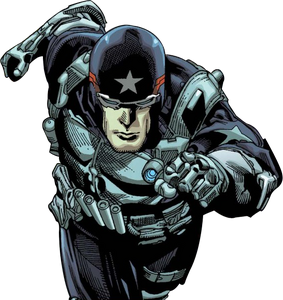 Ultimates Punisher as an Avenger.

The Punisher in Spider-Man animated series 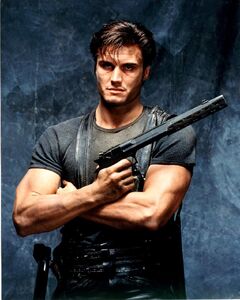 Dolph Lundgren as the Punisher in the 1989 film The Punisher 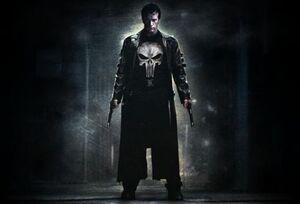 Thomas Jane as the Punisher in the 2004 film The Punisher 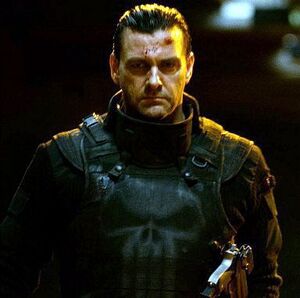 Ray Stevenson as the Punisher in the 2008 film, Punisher: War Zone 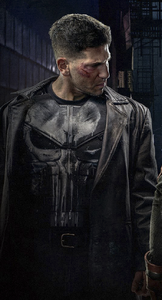 Jon Bernthal as the Punisher in the Daredevil Netflix series 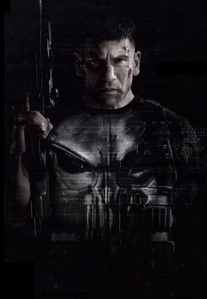 Jon Bernthal as the Punisher in his titular Netflix series. 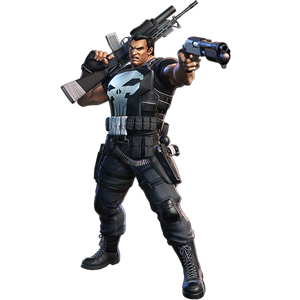