The Shadow (real name Lamont Cranston) is the title character of the pulp magazine series The Shadow, as well as its many other media adaptations. He is a crime-fighting vigilante with psychic powers posing as a "wealthy, young man about town". One of the most famous adventure heroes of the twentieth century, The Shadow has been featured on the radio, in a long-running pulp magazine series, in comic books, comic strips, television, serials, video games, and at least five motion pictures. The radio drama is well-remembered for those episodes voiced by Orson Welles.

In the 1994 action adventure/superhero movie, The Shadow, he was played by Alec Baldwin. The movie first shows him as a debauched opium smuggler and crime lord using the alias Ying Ko, who unwillingly finds redemption in the early 30's Mongolia thanks to the Tulku and his followers, who teach him to harness his psychic powers to fight evil. He then returns to New York City to battle the forces of darkness. Along with his love interest and fellow psychic Margo Lane, he fights and defeats warlord Shiwan Khan. 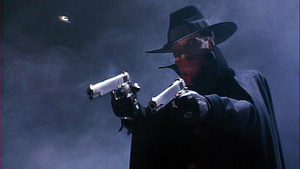 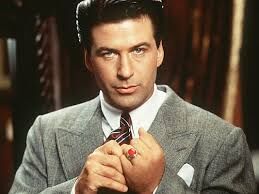 Add a photo to this gallery
Retrieved from "https://hero.fandom.com/wiki/The_Shadow?oldid=2170215"
Community content is available under CC-BY-SA unless otherwise noted.