A straight-laced, private school conformist who never wants to get into trouble or break the rules, he is not necessarily a nerd, but he is smart, strong, and a good fighter, and he sometimes gets frustrated by Lily's free spirit. Theo Martin has a twin brother named Luen Martin (this character was the second identical twin brother of a Power Ranger after that of Red Dino Thunder Ranger Conner, who made a last minute cameo appearance at the finale of Ninja Storm) that enjoys going on adventures.

Despite his intelligence, Theo is slightly selfish and needs to learn teamwork. It is revealed that he has secret feelings for Lily as he tries confessing them to her on a few occasions. It was also hinted that Lily might have been waiting for him to ask her out for a while. In the final episode, he and Lily finally go out together. Like his fellow Rangers, Theo also passes his master test and gets a Pai Zhuq Master Tattoo. His weapons are the Jungle Tonfa and his animal spirit is the Jaguar.

Theo and the other Jungle Fury Rangers returned as part of the army of Legendary Rangers that helped the Mega Rangers defeat the Armada once and for all, fighting in a huge battle against hundreds of X Borgs and dozens of Bruisers.

Achieved after he faced his fear and passed his test given to him by Master Lope in Ghost of a Chance. 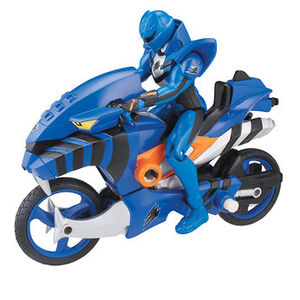 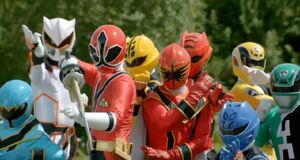