Thomas "Tom" Craven is the main protagonist of the 2010 conspiracy action thriller film Edge of Darkness. He is a Boston detective who investigated the death of his daughter. He was played by actor and director Mel Gibson, who also played Max Rockatansky in the Mad Max trilogy, Martin Riggs in the Lethal Weapon franchise, William Wallace in Braveheart, Rocky Rhodes in Chicken Run, John Smith in Pocahontas and Graham Hess in Signs.

Homicide detective Thomas Craven picks up his daughter Emma, who comes home to visit and vomits while getting into the car. As Craven prepares dinner at home, Emma suffers a nosebleed and vomits again. Thomas realizes he needs to take his daughter to the hospital. As they step outside the house, a masked gunman yells "Craven!" and fatally wounds Emma with a shotgun blast and escapes as Craven attends to his daughter.

At the medical examiner's office, Craven takes a lock of Emma's hair as a memento, then returns to duty to help find out who wanted to kill him. When he discovers that Emma had a .45 pistol in her night stand, he starts to suspect that Emma was the target. He checks the gun's ownership and finds out that it belongs to her boyfriend, David. David is living in fear of Northmoor, the company where he and Emma worked. David will not say more, but Craven incidentally discovers that the lock of Emma’s hair is radioactive.

Emma had discovered that Northmoor, a research and development facility under contract to the U.S. government and headed by Jack Bennett, was secretly manufacturing nuclear weapons using foreign material. The weapons were intended to be linked with foreign nations if they were used by the US as dirty bombs. Burning Emma's clothing in his backyard, Craven suddenly draws his weapon and turns to find Jedburgh, a British "consultant", casually sitting in his backyard. Jedburgh was tasked with preventing the disclosure of the information Emma had and tying up any loose ends, including her father. Jedburgh takes a liking to Craven, leaving him to investigate.

Craven repeatedly has visions of Emma's past, including short conversations, typically as the happy child he remembers and loves. Craven eventually discovers through one of Emma's activist friends, who is nearly killed by a Northmoor agent, that Bennett ordered Emma's murder, as well as those of the other activists Emma was working with to expose Northmoor. Craven confronts U.S. Senator Jim Pine, who was contacted earlier by Emma, revealing that Craven knows almost everything that happened. After examining Emma’s fridge with a Geiger counter, Craven discovers that her milk is radioactive.

His fellow detective and friend, Bill, comes to Craven's home while the Northmoor agents break into the house. Craven realizes that Bill set him up before the agents taser and kidnap Craven, taking him away in an ambulance. He wakes up handcuffed to a gurney in the Northmoor facility, but manages to escape. His health deteriorating rapidly from radiation poisoning, presumably done to him before he was kidnapped, Craven heads to Bennett's house and kills the Northmoor agents after forcing one of them at gunpoint to shout "Craven," finally identifying him as Emma's killer. Bennett shoots and wounds Craven, but Craven also wounds Bennett and forces some of the radioactive milk down his throat. Bennett attempts to take some pills to counteract the radioactivity, only to be shot dead by Craven.

While Craven lies dying in the hospital from his wounds and radiation poisoning, a young reporter for the local TV station WFTX, who had spoken to Craven a few nights earlier, opens a letter from him which contains DVDs recorded by Emma revealing the conspiracy, ensuring Northmoor's end. As Craven dies, the spirit of Emma comforts him. Craven and Emma are then shown leaving the hospital together, walking down the corridor toward a bright, white light. 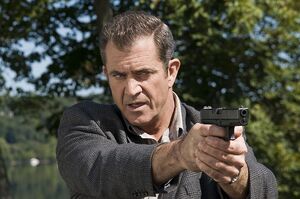 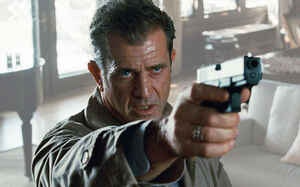 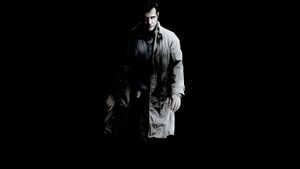 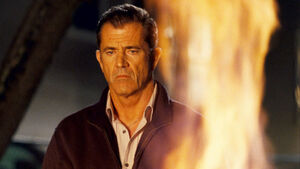 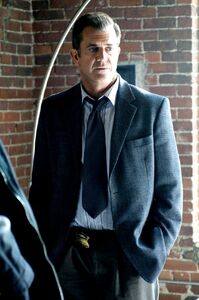 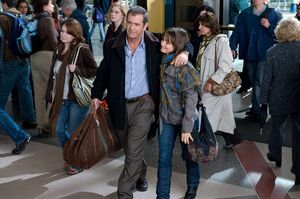 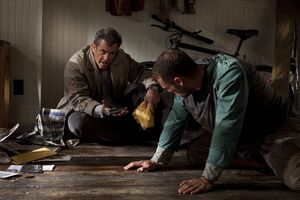 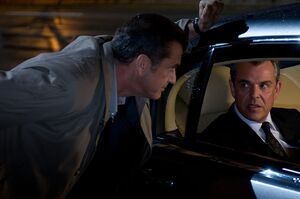 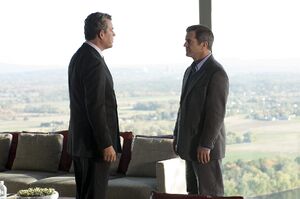 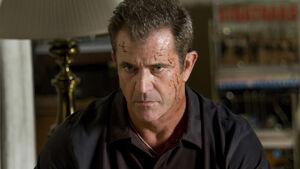 Add a photo to this gallery
Retrieved from "https://hero.fandom.com/wiki/Thomas_Craven?oldid=2282788"
Community content is available under CC-BY-SA unless otherwise noted.