The Man Who Fell To Earth

To take water from Earth and solve his planet's drought

Thomas Jerome Newton is the main character and anti-hero of the 1963 novel The Man Who Fell To Earth, it's 1976 film adaptation and it's 1987 television adaptation (though in the latter, his name was changed to John Dory).

Thomas is an alien who travels to Earth and arrives in New Mexico in order to take water from it in order to save his home planet, which is suffering from a catastrophic drought. He starts a brief relationship with a woman named Betty Jo (Mary-Lou in the 1976 film and Eva Milton in the 1987 adaptation). He is later arrested and detained by the government who put him in a luxury prison. They later experiment on Thomas and at one point, X-Ray his eyes, which causes his contact lenses (which are part of his human disguise) to fuse with his own eyes.

Years later, Thomas discovers that his prison is derelict and escapes. With his wife and children on his home planet now dead, Thomas remains on Earth and creates a recording with alien messages which he hopes will broadcast on radio and his planet.

Thomas is played by the late singer/actor David Bowie (who also played Jareth) in the 1976 film and Lewis Smith in the 1987 television adaptation. 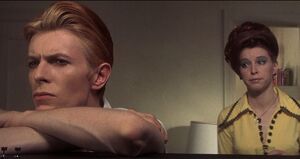 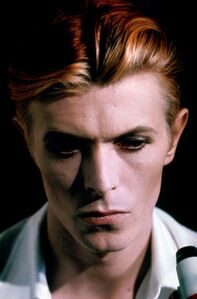 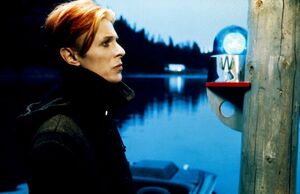