Thornn is a member of the Morlocks and older sister of Feral.

Lucia and her sister Maria were born in Bronx, New York. They grew in family with an abusive father who abandoned the family. After their father left the family their mother remarried a man who was cruel to Lucia and Maria. Later the family learned that Mr. Callasntos died from an overdose the mother blamed her children for him being abusive and being a drug addict.

Mrs. Callasntos new boyfriend attacked Lucia, Maria killed him to save her sister. When their mother killed Maria's birds for the death of her boyfriend Maria killed their mother then the sisters left home and joined the Morlocks. After a while Feral and Thornn left the Morlocks because they didn't like Masque's rule Feral joined the New Mutants and X-Force while Thornn some how fell into the Brother of Mutants eventually the sisters were reunited.

Thornn and her sister Feral were among the many mutants depowered by Scarlett Witch but they were repowered by the power of lycanthropy given to them by Romulus and Remus children raised by a female wolf in Roman mythology.

When Maria was killed Lucia became so upset about the death of her sister, whom was the last of her family still living she disappeared braking all ties with hero and villain teams she was apart of. Thornn and Feral had been through a lot tougher so she took Maria's death very hard and went into hiding to get away from the life that got her sister killed. Thornn has no clue that Feral is now a ghost and is trying to become mortal again.

With everything she has be through Thornn no keeps ties or contacts with mutant kind anymore Lucia is one of the few mutants who has no desire to join the rest on Krakoa. This is not the first Thornn didn't follow the rest of mutants when they tried to build a society for themselves. Lucia and her Maria decided not to become members of Utopia when it was built. Because of this Thornn and Feral avoided the collapse of the Utopia the mutants made for themselves and they avoid the attack on the base that slaughtered many mutants.

Although she a mutant Thornn doesn't get along with other mutants or trust them after Lucia and her sister Maria lost their powers and became humans their own kind turned against them when they needed help. With the rejection they received from other mutants Thornn returned to the mutant society one more time after she regained her powers to help with a mission. After the mission was complete Thornn walked away from deciding not to hanging around with other mutants after the death of her sister and the memories of the mutants who feared and hated her after losing her powers Thornn was down with mutant kind.

After working with several terrorist groups Thornn and her sister Feral have witnessed their own kind trying to create mutant supremacy and have learned that is not a good thing. For the two sisters that is not what they want. Lucia and Maria only care about one thing themselves from an early age they have learned no one not even family cares about you.

Because of their experience of no one caring for this anytime they join a mutant organization, group or society to turn on each other or fall apart because the conflicts in the groups. Although both of them act like wild animals Thornn has more manners, kindness, politeness and respect than her sister. The two may fight and try to kill each other sometimes despite that they still care for each, they are loyal and can rely on each other. Just like her sister Feral once Thornn is down a team that she was a part of much like her sister she never wants to be apart of that group and just move on.

The two Callasantos have trouble fitting in and finding their place whenever they work with mutant teams so they have moved around to different groups. As always they would find themselves to be outcasts in the teams they worked for because of their animal instincts. Ever team they joined all the members learned that the two sisters can not be tamed they never followed the same rules or had the same beliefs that most other mutants have.

Even though Thornn and her sister Feral always hated Masque and never really fit in with the Morlocks. When Masque and his followers attacked other members of the Morlocks Lucia and Maria saw Masque and those loyal to him as traitors. After leaving the Morlocks and spending time with other groups the two sisters have witnessed betrayal among the Brotherhood of Mutants, M.L.F. even after losing their powers and becoming humans they saw mutants betray those who were no longer mutants. 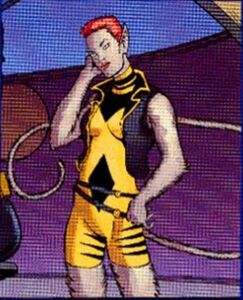 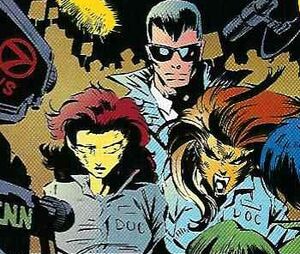 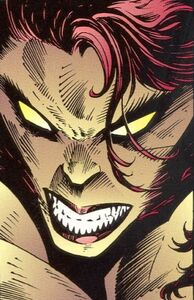 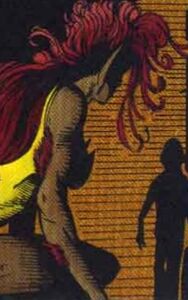 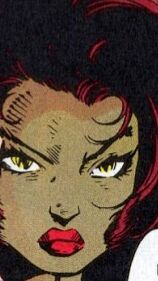 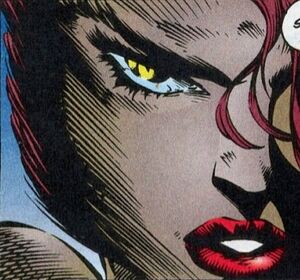 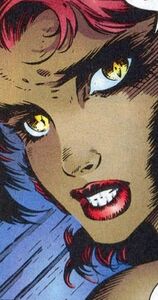 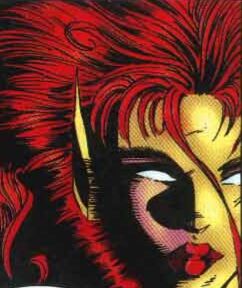 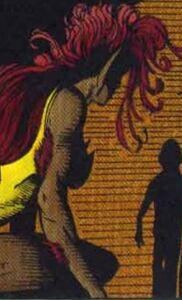 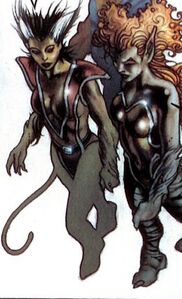 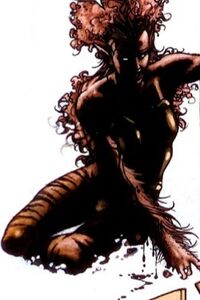 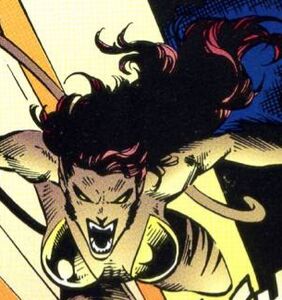 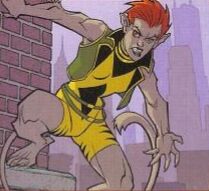 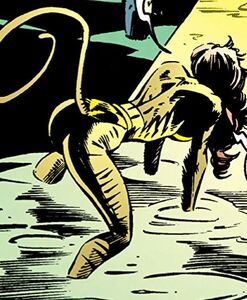 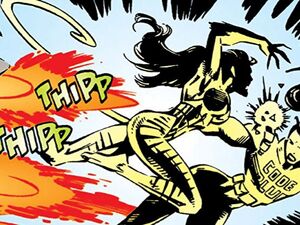 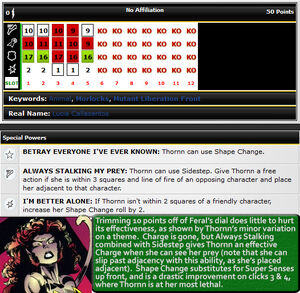 Add a photo to this gallery
Retrieved from "https://hero.fandom.com/wiki/Thornn?oldid=2091887"
Community content is available under CC-BY-SA unless otherwise noted.