Sunny: Able to control the refraction of light, supposedly the smartest among the three

Luna: Able to control propagation of sounds
Star: Able to sense animate objects from far away.

These Three Mischievous Fairies love playing pranks on people and are known for their teamwork, even if it is sometimes haphazard. Because they each possess a different power, they are able to combine their talents to do what they could not achieve on their own. However, they often fail regardless. Star Sapphire is smart enough to let the other two take the fall for their pranks though while she escapes. 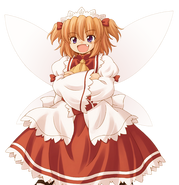 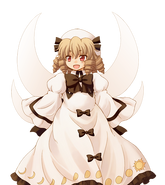 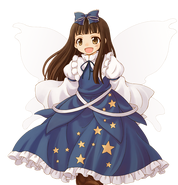