Advanced and Supernatural Technology and Inventions

Take care of various incarnations of the human race in the multiverse. (currently)

Punish any individual they encounter who had committed selfish crimes. (currently)

The Three Moons Initiative is a benevolent faction in the SCP Foundation universe. They were originally a group hailing from an alternate version of the Earth that got destroyed, causing them to arrive to the dimension of Corbenic which serves as an afterlife for most beings from the multiverse, and there they became determined to protect most incarnations of humanity throughout the multiverse from a fate similar to theirs. However, because of the nature of their dimension, the Initiative can only affect the universes by sending their technology through a dimensional aperture on the dark side of an Earth's Moon.

The Three Moons Initiative originally started out as an alternate version of the SCP Foundation which persisted to exist until the year [DATA EXPUNGED]. When the Sarkic cults attempted to summon Grand Karcist Ion they instead summoned a powerful entity that would soon destroy the Earth on December 3rd, and was designated SCP-37238 and given an Apollyon-class. Wanting to find a way out of the XK-class scenario, the director of Base-19, Girard Niang, decided to use SCP-3319 to teleport the entire Earth in another place of space near a star in order to evade the threat.

However, instead of teleporting the entire Earth to another place in space, SCP-3319 teleported the planet to Corbenic. Upon their arrival the Foundation and the rest of humanity left the Earth, which became Corbenic's third moon as two other Earths were present in the dimension, and landed on the massive land the comprised most of Corbenic where they came across the Striders which began attacking them. During the war, which later became known as the "First Harvesting War", Girard Niang led the human race in repelling the predators and saving themselves.

This act of heroism impressed the local deity of Corbenic and enemy to the Striders, Jalakåra, who offered to help and protect them in exchange for worship and servitude. The humans agreed the Foundation was reformed into the Three Moons Initiative which was determined to use it resources to help the various incarnations of humanity throughout the multiverse in evading a similar fate that befell them.

Interaction with other universes

The Three Moons Initiative first encountered the mainstream SCP Foundation when they used SCP-2578-D to assassinate Oriel Leger, the CEO of SCP-6237-B, a company named Investigation into Esoteric Ritual Services which distributed occult literature describing demonic rituals. The Initiative explained their reasons for killing him via Director Dewitt’s secured fax machine, but because of its outdated technology when compared to that of the Initiative, the machine was unable to print their full name.

Although the Three Moons Initiative acts as an interdimensional militaristic organization it also acts as some form of cult since they all worship a being known as Jalakåra, a powerful deity native to Corbenic who agreed to help them by supplying energy and resources to the Initiative in exchange for servitude.

The Central Cabal is a group of thirteen human monks who act as Jalakåra's advisors when interacting with humanity and as a result they were granted some of his power and possessed a high power within the Initiative, possibly similar to the O5 Council.

Apart from the Central Cabal, the Initiative is directed by Eternal President Girard Niang who earned the title after leading the predecessors of the Initiative during the First Harvesting War and winning the favor of Jalakåra. Because of this, he became a national hero and commander-in-chief of the Initiative's army, and dictator of the colonies in Corbenic. However, as he was accused of abusing his power by media outlets, he became forced to participate in annual "humbling" sessions which reportedly involves Jalakåra torturing him in order to shatter his ego.

The Initiative possesses several other sub-groups such as the Humanity Defense Corps, which serves to protect humanity from threats, and the Psychotronics Division which designed the Initiative's drones used to battle enemies in the other universes. Other departments included: the Perdition Committee and the Department of Postmortem Anthropology.

Relationships with other anomalous factions

When the region of Stella Secundus which was overseen by Jalakåra's nephew Pthåm was accidentally attacked by the Global Occult Coalition of Earth-7M, the Initiative tried question the Coalition’s leader James Fine about their nuclear attack, but Fine told them that their world was about to completely destroyed by the Scarlet King, which was also feared by the Initiative itself. The Initiative tried to offer them assistance, but the GOC refused and mocked the Initiative’s attempt at protecting the various versions of humanity.

After the Faeries arrived to the Greenleaf region of Corbenic where they formed their nation of Wielka Altana, the Initiative decided to leave the nation be and not establish any form of communication after learning of their hostile nature and that they were under the protection of the Corbenese goddess, Konarwidz, although they would have diplomatic discussions when in cases it became necessary. However, in SCP-6944 it's revealed that the fairies had secretly spied on the Initiative to gather more information on a version of SCP Foundation.

When the Foundation used SCP-4587, a VHS videocassette containing a continually changing dogs movie created by TotleighSoft, the product caused the manifestation of a powerful reality-bending entity which violently attacked the Initiative, who put the blame of this accident on the Foundation.

The Three Moons Initiative had used several instances of SCP-4922 to violently kill several operatives of the Chaos Insurgency as part of their mission to protect humanity.

The Serpent's Hand is aware of the existence of the Three Moons Initiative and some members seem to view them as some lunatics. A version of the Black Queen was a member of the Initiative, and while discussing the topic of the "aCOPalypse" with fellow alternate versions one Black Queen of Gamers Against Weed referred to the Initiative as "a self-styled multiversal junta".

When D-24899 combined SCP-3922 with SCP-140, it caused the evil Daevite civilization to get terminated for good by the soldiers of the Initiative, and SCP-140 along with other copies were considered neutralized.

When spectral shark entities began appearing in Corbenic, the Initiative formed an agreement with the Shark Punching Center in order to fight off the influence of SPC-001.

During the SCP-6500 event, the enraged Hanged King accidentally ended up in Corbenic where he began laying waste, causing the Initiative fight back. Despite their powerful weaponry the Initiative was unable to defeat the King, but thankfully Foundation doctor Udo Okorie was able to convince him to leave Corbenic and return to Alagadda. After the problem was solved, the Initiative sent a message to the Black Lord of Alagadda, the new sovereign of Alagadda and warned him that if he didn't change his selfish ways and help Alagadda in becoming a better and peaceful city-state, then they would forcefully intervene. 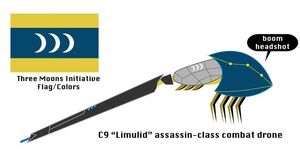 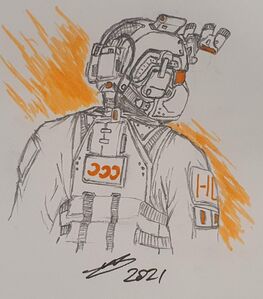 An operative of the Three Moons Initiative. 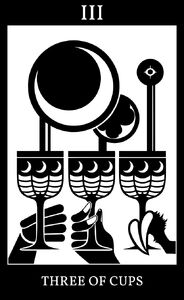 The Three Moons Initiative as the tarot card Three of Cups. 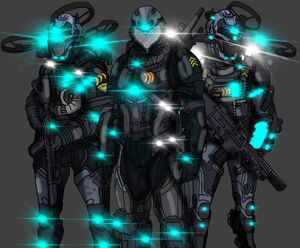 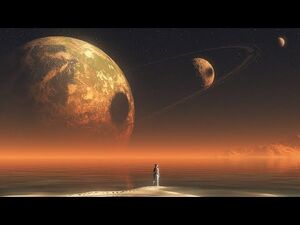 Exploring the SCP Foundation- SCP-2922 - Notes from the Under 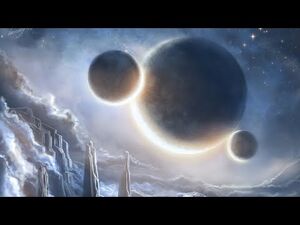