Spending time with Rosella and her friends.

Tika is one of the supporting protagonists in the 2007 direct-to-video animated Barbie film, Barbie as The Island Princess. She is a baby elephant who help Rosella to discovered her family.

She is voiced by Susan Roman, who also voiced Sailor Jupiter from Sailor Moon series, Scarlet Witch and Callisto from X-Men: The Animated Series, Snowy from The Adventures of Tintin, Good Luck Bear and Champ Bear from The Care Bears series, and Fifi from Rolie Polie Olie.

When Rosella is shipwrecked in the island in which she was a kid, Tika alongside Azul and Sagi encountered her and joining up to the journey. She then loyal to Rosella by though that, had realised her for be caused to suffering from amnesia. Upon Tika and her animal friends meets Antonio, a young prince who taking on the expedition of island with his best friend, Frazer. They actually to afraid of the newcomers, Rosella is odd that she don't seeing the other people. Despite their exploration, Antonio and Frazer are accidentally falling into dark pond, and they gets attacked by the 3 crocodiles. Eventually, Rosella show up to prevent the crocodiles from eating them, telling them to leaving men alone, much to be easy.

After the crocodiles left. However, Tika, Antonio, Rosella, and her friends preparing to taking on boat and arrived in the kingdom of Apollonia. By the times, the prince returned, he would introduction of his sisters, Gina, Sofia, and Rita to Rosella and her friends. Tika also likes to performed fun with the princesses, much to their joyous. When Antonio meet his parents, Danielle and Peter. Rosella greeted them anytime as she meeting Danielle's pet monkey, Tallulah. Peter always disappointment of Rosella, he disliking her in lack of jealous, and the queen is don't fits the conduct. He intended to have his son married Princess Luciana by her mother, Ariana, a queen of the other kingdom.

Her plots is to executed Antonio's family during the wedding, Ariana thought about them for how making her parents expelled from the kingdom and banning on pig farm in a years ago, which she able to taking revenge in order to kill Peter and his family and conquered Apollonia for herself. Overmuch for thinks about Ariana, Tika know that she is trying to ruining Rosella, too loathe. At the ball, Tika, Azul, Sagi, and Tallulah were worked together to makes a ballgown for Rosella, but she wearing it was so beautiful and quickly to going party, danced with Antonio and that is loving him. Despite joined the dancing, Rosella thinks that Antonio is unexpectedly be with Luciana and swear to marrying on her.

She left by remember that him is setback, which Tika always worried about her does this matters. After Antonio writes a note to Rosella but he is sailing away with her, arranged for marriage with Luciana. Leaving Apollonia and back to island together with Rosella and her friends, Tika need to protected them from now was changing better mind to keep emotions. She wanted Ro to herself and hiding a note, who is writing by Antonio. Later, Ariana making a toxic poison called "sunset herb" by her pet rats, which have causing the animals fall into sleep, and she will blaming Rosella most times. Arrived in pig pen, Tika and Rosella are noticed that the sunset herb is toxin, as they eating it would be dies.

Tiny, a bird who bumped to the boat, that is being saved in the previous journey, she help Rosella and her friends to find tonic in the fact, makes the animals recovered. Turning out that the tonic was in green garden, Rosella hurry to search, and Tika following her along with Azul, Sagi, and Tiny. Upon being accused, Tika, Rosella, and her friends are imprisoned, as Azul accidentally eating the sunset herb and fall into asleep when he is in the prison. Antonio believing to released Rosella, he decides to marry Luciana under Ariana's deception. However, they freeing from prison and expelling from Apollonia. Ariana makes a wedding gown for her daughter, she know that Luciana is not really to loving Antonio, and by why she did to married him, much to blues.

Ariana later bribes crewman to destroyed Rosella and her friends during the ride boat. She, Tika, and the animal family were almost drowned in sea. Although was in distress, Rosella called a few dolphins to saving her, but also Tika and her friends are saved. But returned to Apollonia, Tika, Sagi, and Rosella finding antidote with helps of saving Azul, which Tiny appeared to told them thinks about that Ariana putting the herb into a wedding foods before Antonio and Luciana's wedding. The prince and Luciana participated at their wedding ceremony, Tika and her friends are healing Azul, watching the guards attempted to captured Rosella and takes her into prison again. She strikes the guard and went to the wedding room aid Antonio and Luciana instead of Ariana.

Upon Sagi saved Tallulah, who previously poisoned by herb, with tonic. When Antonio stop his guards from caught Rosella, he makes her be fine in order to exposed Ariana's guile. Tallulah must thanks to Rosella for saving her, and reunited with Danielle. Even then is it, Tika revealed that Ariana is responsible for the poisoning of animals and wedding foods with a sunset herb, Luciana turning on her mother for telling her not to eat anything in early, it's terrible, much to disapporved. At this point, the disrespectful Ariana escaped, Tika and Rosella goes to pursues her. Ariana riding a wedding carriage running off and she bumps to the three women, which ended up to be defeated by Tika and Rosella and falls into pig pen, covered by mire forever. After Ariana's fall out, Rosella restore her memory and Azul is awakening.

Peter apologized to Rosella and his son, giving them surprised marrying. But in result, Luciana succeeded her mother as a ruler of kingdom as she never marry the prince anymore. Tika and her friends know that Rosella is remembering her past, where she will reunited with her mother and singing lullaby together. After joined Antonio and Rosella's wedding together with Azul, Luciana, Sagi, Tallulah, and the royal family, Tika embarked the honeymoon with them. Luciana later meet the handsome prince, she sitting with him in smile. She along with Antnio, Rosella, Sagi, Azul, and her friends are bid farewell to Luciana, the king, and the queens. 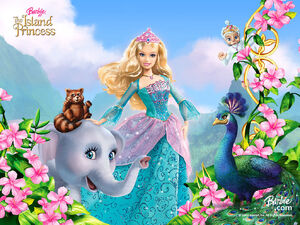 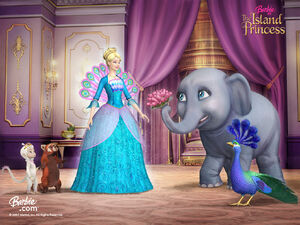 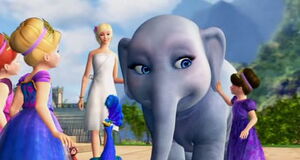 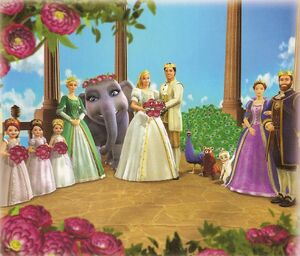 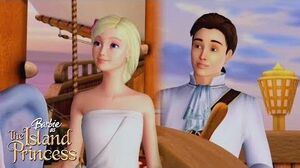 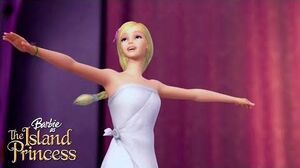 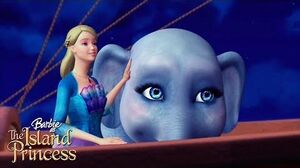 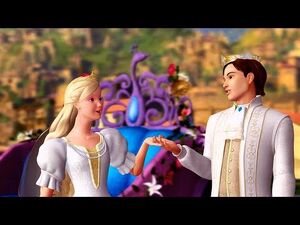