Tiny Kong is character from the Donkey Kong series. She is Dixie Kong’s younger sister and as such is the cousin of Kiddy Kong, Chunky Kong, and Donkey Kong. She first appeared in Donkey Kong 64. She is known for being both nimble and fast, and using her two Ponytails to accomplish different tasks. Prior to her first appearance she hasn't had any other important roles in any other platform game. Tiny now appears almost in every Donkey Kong spin-off game however, and has even appeared in a Mario spin-off game. With only a few exceptions, she is playable in every game in which she appears. 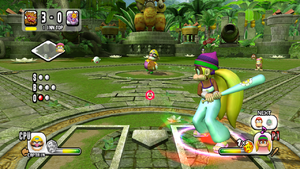 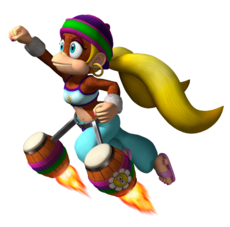 Tiny Kong's other trophy in Super Smash Bros for Nintendo 3DS and Wii U. 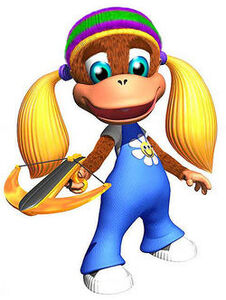 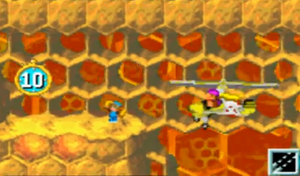 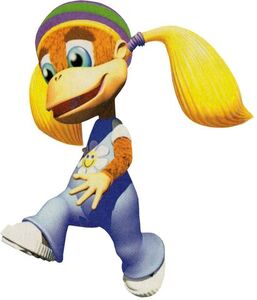 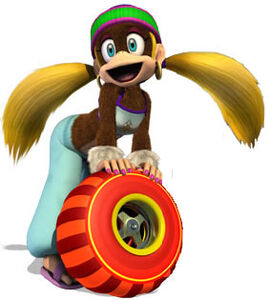 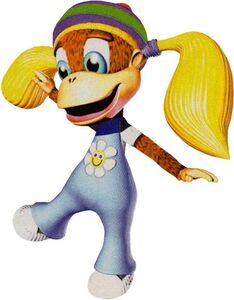 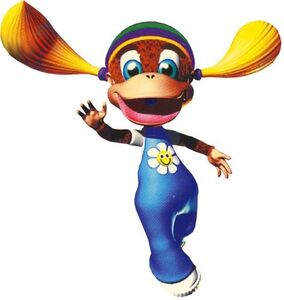 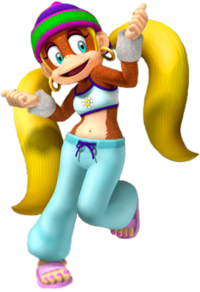 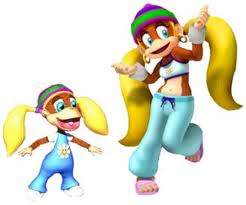 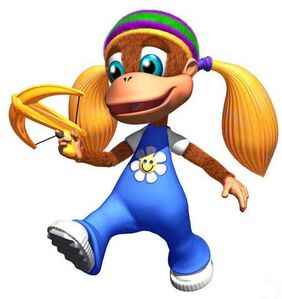 Add a photo to this gallery
Retrieved from "https://hero.fandom.com/wiki/Tiny_Kong?oldid=1472589"
Community content is available under CC-BY-SA unless otherwise noted.