To reunite with her mother who got separated from her by the Boov (succeeded).

She is voiced by singer Rihanna in the film and by Rachel Crow (who also voiced Carla in Rio 2) in the series. In the Japanese dub from the movie, she is voiced by Ryōko Shiraishi.

She is lonesome (formerly), short-tempered, kind, funny, loving, stubborn, brave, sweet and smart. Gratuity was at first suspicious of Oh upon first meeting him, but has warmed up to him over time eventually becoming his best friend.

Tip is a spirited teenage girl who lives with her loving mother, Lucy, and her trusty cat, Pig. One day, her mother goes missing, and on a journey to avoid capture from aliens, she has a run-in with an exiled Boov named Oh. The two of them start out butting heads, but they unexpectedly become friends. 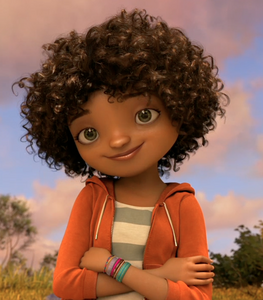 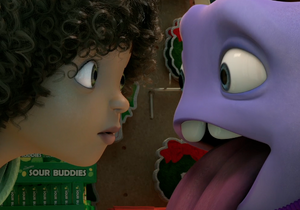 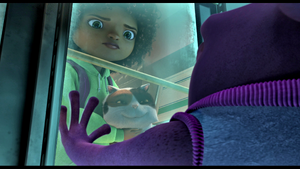 Tip shuts Oh in the freezer 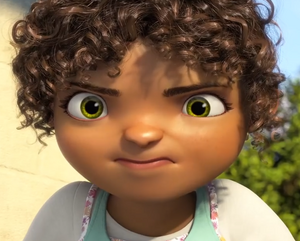 "YOU WERE GONNA DITCH ME?!" 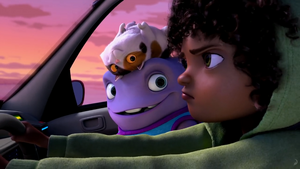 Tip is NOT amused with Oh. 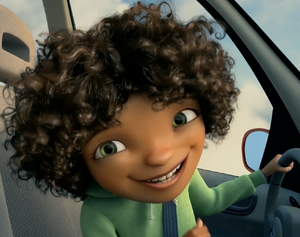 "What? It's called dancing!" 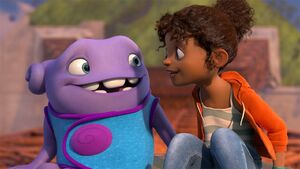 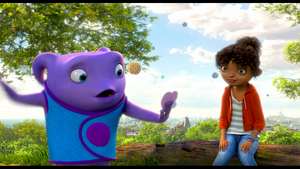 Tip helps Oh disguise himself with only a beauty mark 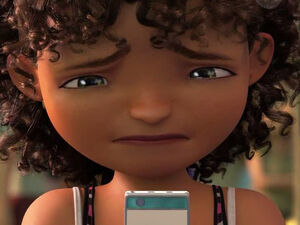 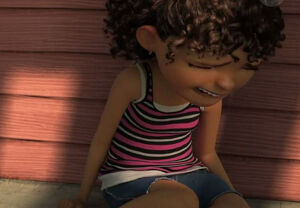 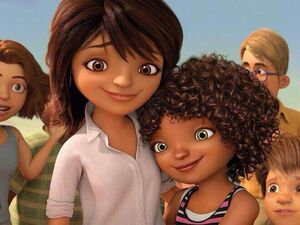 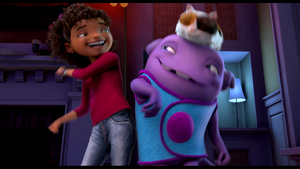 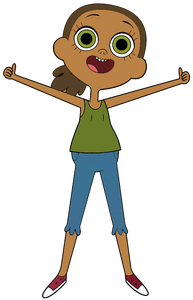 Tip in the TV series. 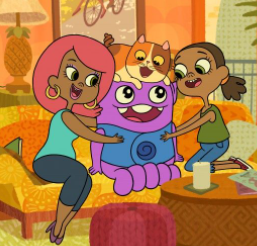 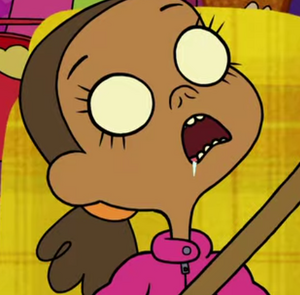 That's scary but its tip.