Ressha Sentai ToQgers (烈車戦隊トッキュウジャー?) are the 38th Super Sentai team that protected the Earth from the Shadow Line. They are a group of childhood friends that suffered from amnesia and are trying to find their way home.

The ToQgers started as five juvenile residents of the town of Subarugahama, where they often played at their sacred tree. One night during the Subarugahama Festival, Emperor of Darkness Zs darkness as well as the Shadow Lines invaded Subarugahama, their home, four of them were spirited by the Rainbow Line light while Right was consumed by the darkness. The remaining four were turned into adults by the Rainbow Line President, and hired as ToQgers, rescuing cities that were invaded by the Shadow Line.

Right at the same time was turned into an adult, but ended up in Bag Shadow's Kuliner where he slept all while other children hostages were crying for their darkness. While the ToQgers were rescuing the passengers, they reunited with Right, whom was joined into the team as ToQ 1gou. He even (accidentally) unlocked one of their functions, the Transfer Changes which would come in handy during future battles.

After the introduction to the AppliChanger, the item was given to Zaram, former Shadow Line member whom currently goes by the name Akira Nijino.

As Neo-Geildon becomes Neo-Messiah, the ToQgers arrive to fight him. Here, ToQ 1gou purposely take the battle on his own before calling the other members to perform their finishers.

The Rainbow Line arrive in Zawame CityIcon-crosswiki and helped the Armored Riders to fight Badan Empire, despite the enemy not being from the Shadow Line.

The team would fight The Generalissimo of Badan, along with Kyoryu Red and Kamen Rider Den-O.

When the creator of Deboth Army that their predecessors fought, Devius rises and allied with the Shadow Line, they are faced the fact that they can't harm the Deboth's minions and faced the reduction of age by the Shadow Kaijin Clock Shadow. But, despite that, they, for the first time, get to transform in their true, child forms, while still can fight.

When the ToQgers learned that Right's body is somehow emitted darkness, they tied him and later received help from Miss Gritta to free their town. After the Castle Terminal was relocated out of Subarugahama with the town was purified by Gritta's assistance, Right revealed himself as he had escaped and assist the ToQgers in battle but once fighting against Z, his darkness power fully manifested into ToQ 1gou of Darkness. Knowing that he has no potential to return to his old life as a child, Right tricks his fellow ToQger members into giving their Rainbow Passes to prevent their interference in Right and Akira's raid into Castle Terminal, as well as to ensure their safety by turning them into children and left them in their normal lives without Right's existence.

Unknown to Right, Akira and Wagon had planned to make them remember their older selves with previous photos of them and Right placed on their tree base as a safety precaution and backup plans. Right and Akira attempted an attack on Castle Terminal but once ToQ 1gou is defeated, Z-Shin has Castle Terminal transform into a monster that blankets the entire city and Subarugahama in darkness before Emperor Z leaves a powerless Right to waste away in the dark.

Thanks to the photos, the other ToQgers reuse it as their new Rainbow Passes and managed to rescue Right from despair in the darkness. Along with the ToQgers, they defeated the remaining Shadow Line armies, and seemingly defeated Z before Gritta spirited him with a Kuliner. The five core ToQgers seemingly trapped in their adult forms but their families were able to remember them due to their Imaginations and finally returned to their child forms. Akira and the other Rainbow Line departs, while the children continue their regular lives. 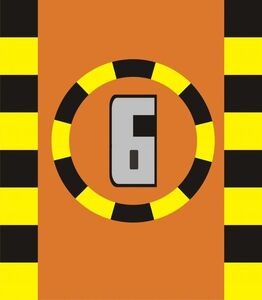 Retrieved from "https://hero.fandom.com/wiki/ToQgers?oldid=1568542"
Community content is available under CC-BY-SA unless otherwise noted.