Protect the universe from the evils

Elemental heroes
Toa are the biomechanical, heroic warriors of the BIONICLE series. They served as the protagonists in the series and they also seen appearing as the group, although sometimes there was a single Toa and so on. In the storyline, the Toa's main goal is to protect the Great Spirit Mata Nui, the Matoran and eventually the universe from various threats wrought by Makuta Teridax, Brotherhood of Makuta, Dark Hunters, Piraka, Barraki and other villains.

There are six well-known Toa teams that appeared in the main storyline which are: Toa Mata, Toa Metru, Toa Inika and Toa Hagah, Toa Mangai and Toa Cordak although other Toa appeared in the story as well.

The Toa are the biomechanical warriors, whose goal was to protect the Matoran and the Great Spirit as well as defeating various villains such as; the Makuta, Dark Hunters, and many others as well.

The Toa also usually appeared in six, though there were some Toa team which consisted of more Toa and a Toa who worked alone. 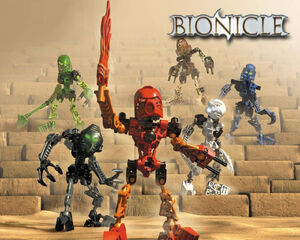 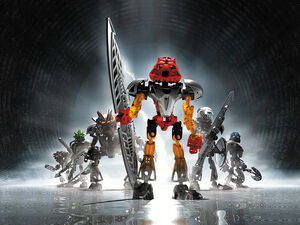 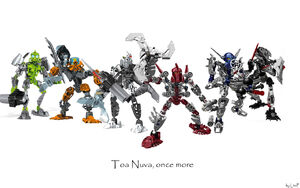 The Toa Nuva with their Adaptive Armor (Toa Phanoka and Toa Mistika, respectively) 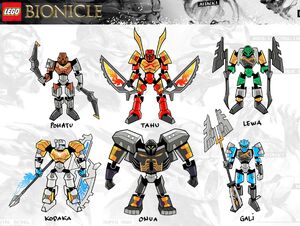 Toa Masters
Add a photo to this gallery 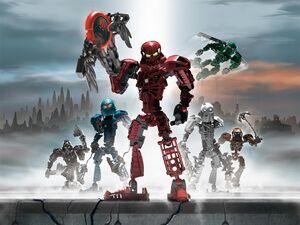 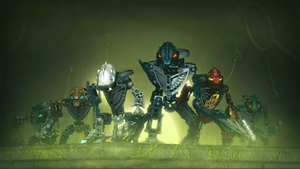 Toa Hordika
Add a photo to this gallery

Retrieved from "https://hero.fandom.com/wiki/Toa?oldid=1855951"
Community content is available under CC-BY-SA unless otherwise noted.